Mexico celebrates start of new trade accord with US, Canada 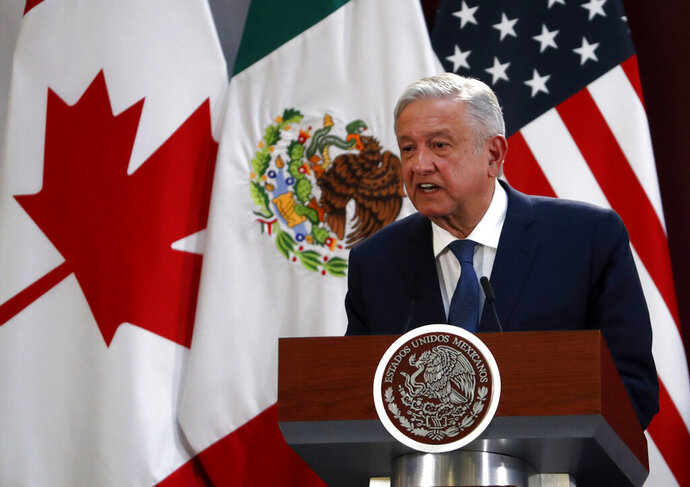