It's cloudy with a chance of iron rain at hot, faraway world 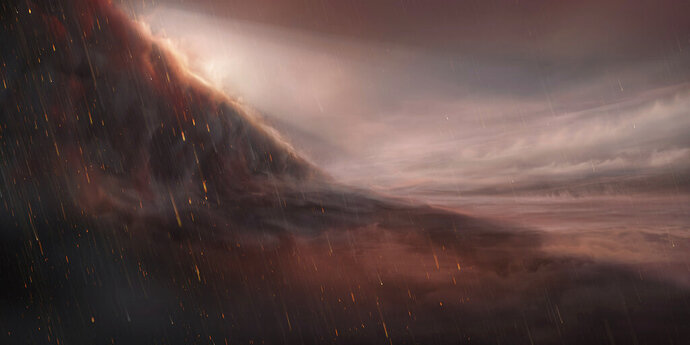