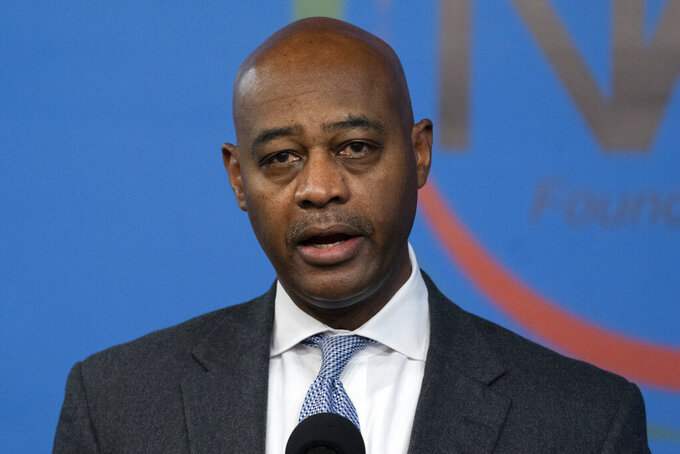 NEW YORK (AP) — Hip-hop legends Jay-Z, Diddy and Nas endorsed banker Ray McGuire for New York City mayor on Wednesday, throwing their star power behind a candidate who has yet to break through in a crowded Democratic primary field.

The three entertainers praised McGuire in a video posted on YouTube.

“People come from all over the world and say, ‘If I can make it here, I can make it anywhere.’ That’s the idea that we are trying to protect," Shawn “Jay-Z” Carter said. Sean “Diddy” Combs said that over the last 30 years, McGuire “was always talking about the people.”

McGuire, 64, stepped down from his position as a top executive at Citigroup to run for mayor. The video announcing his campaign was directed by Spike Lee, who has also endorsed him.

But McGuire, who has never run for office before, has struggled to connect with voters. A poll of Democratic primary voters conducted last month by Fontas Advisors and Core Decision Analytics put McGuire in fifth place, with the support 4% of respondents.

Former presidential candidate Andrew Yang led the poll, with 16% of those surveyed preferring him. Half the respondents said they were undecided.

The winner of the June 22 Democratic primary will likely be the next mayor of the overwhelmingly Democratic city.