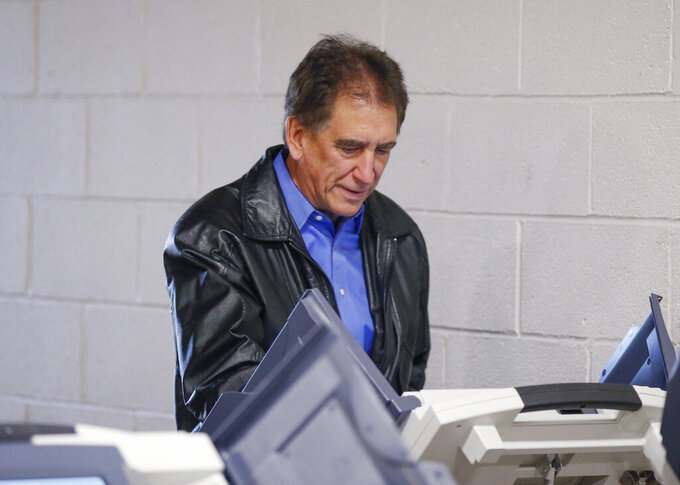 Jim Renacci, a former Republican congressman who's challenging Ohio Gov. Mike DeWine in next year’s primary, said Thursday he has picked a Christian filmmaker who made a documentary about former President Donald Trump to be his running mate.

Joe Knopp of Springboro comes into the race as Renacci’s running mate with no political experience.

Knopp produced a documentary released in 2020 called “The Trump I Know,” which included interviews with the former president and his family members. In 2019, he produced the film “UnPlanned” about a Planned Parenthood clinic director who became an anti-abortion activist.

Trump has yet to endorse anyone in the GOP primary for governor. Renacci's campaign said in a statement that Knopp has “developed a very close relationship” with the Trump family.

Renacci, a businessman and former Wadsworth mayor who served in Congress from 2011 to 2019, said he wanted a running mate who would bring fresh ideas and hasn't spent his life in politics.

He said Ohio is in a decline because “we keep electing the same people over and over.”

Renacci ran for governor in 2017 and was subsequently backed by Trump to challenge incumbent Democratic U.S. Sen. Sherrod Brown. Renacci lost the senate race to Brown.

Knopp told supporters on Thursday that he grew up homeless in Philadelphia and lived in an orphanage until finishing high school. He said he joined the Air Force and later graduated from Wright State University before settling in the Dayton area and working in finance.

A friend from California brought him into movie business, he said. One of his films, “I Can Only Imagine,” had a cast that included Dennis Quaid and country singer Trace Adkins.