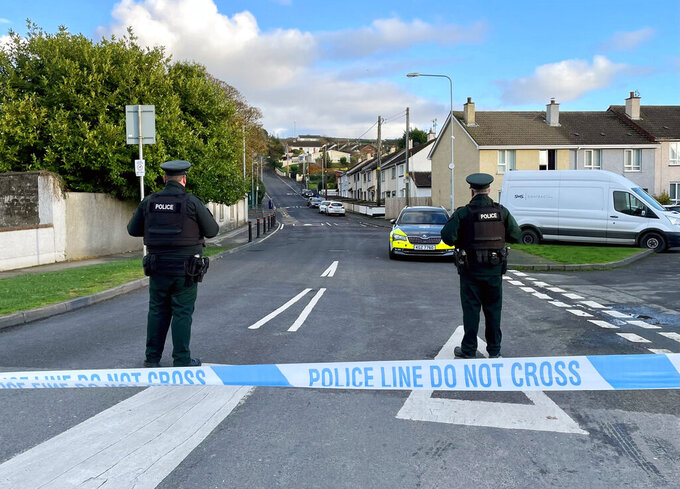 LONDON (AP) — Police in Northern Ireland said Friday that two officers escaped injury when their vehicle was damaged by a homemade bomb. The force said it was treating the attack as attempted murder.

The Police Service of Northern Ireland said the blast in Strabane on Thursday night “appears to have been a targeted attack on police.”

“Investigations are at an early stage, however, the attack, which is believed to have been caused by an improvised explosive device, caused damage to a police vehicle and is being treated as the attempted murder of two officers,” the force said.

Assistant Chief Constable Bobby Singleton said “a strong line of inquiry” was whether an Irish Republican Army splinter group known as the New IRA was responsible.

A 1998 peace agreement largely ended three decades of violence in Northern Ireland involving Irish republican and British loyalist paramilitary groups and U.K. security forces. IRA dissidents continue to mount occasional attacks on security forces, though none has been successful since 2019.

Strabane is about 80 miles (130 kilometers) west of Belfast, near the border with the Republic of Ireland.

Politicians on both sides of the border condemned the attack.

“I grew up with daily news reports of police officers being murdered. It was wrong then and it is wrong today,” Northern Ireland Assembly member Tom Buchanan, who represents the area where the attack occurred, said.

Irish Prime Minister Micheal Martin said any “attempt to injure members of the security forces or the PSNI would be absolutely shocking and stands to be condemned.”