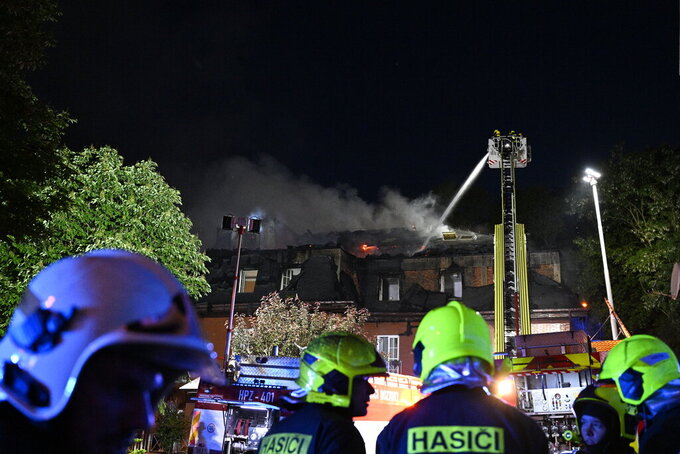 PRAGUE (AP) — A massive fire in a nursing home for Alzheimer patients in the Czech Republic has left two people dead and injured more than 50 others, officials said on Thursday.

The regional rescue service said the bodies of the two patients were discovered in the badly damaged building following the fire that broke out late Wednesday at the home in Roztoky, a town just north of Prague.

A total of 55 people were injured with two in critical condition, officials said.

Police said the fire might have been caused by human error.