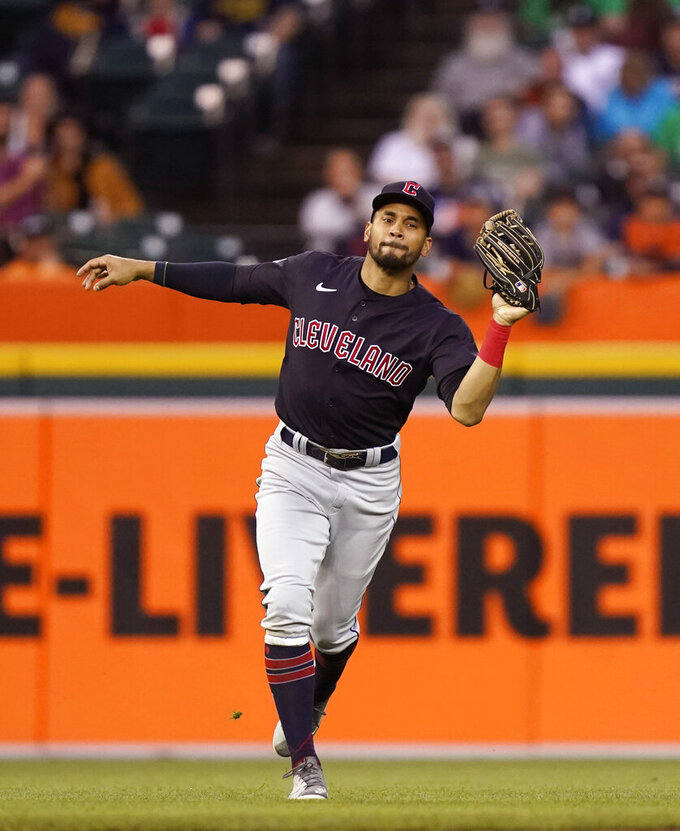 Carera had a game-ending single in the ninth inning with his third hit, lifting the Detroit Tigers to a 4-3 win over the Cleveland Guardians on Thursday.

Cabrera, who became the seventh player to have 3,000 hits and 500 homers earlier this season, is hitting .300 this far into a season for the first time since 2015.

“Earlier in the game Ernie Clement, their third baseman, said, `That guy’s amazing, huh?′ I said, `Only for the last 20 years,’” Tigers outfielder Robbie Grossman remarked. “He has swung the bat so well this year. Nothing surprises me at this point.”

Jonathan Schoop hit a one-out double in the final inning, advanced on a wild pitch from Trevor Stephan (2-2) and scored on Cabrera’s 3,029th career hit.

“The guy has been around doing that for a long time,” Cleveland catcher Luke Maile said. “He’s a really smart hitter. It wasn’t a bad pitcher, but he had a good idea of what he wanted to do with it.”

After Schoop scored, Cabrera was swarmed by teammates near first base and doused with a bucket of water.

Gregory Soto (2-2) gave up one hit and struck out one in the ninth, earning the win for the Tigers.

Detroit’s Javier Báez hit an RBI single in the first, and Schoop’s sacrifice fly and Cabrera’s single put the Tigers ahead 3-0 in the second.

“We’re a completely different team when we play from ahead,” Hinch said.

The Guardians ended Tarik Skubal’s 21-inning scoreless streak, the longest by a starter pitcher this year, and tied the score in third. Luke Maile hit an RBI double and Owen Miller had a two-run single.

Skubal gave up three runs and five hits over seven innings, striking out five and walking only one.

“It was a little bit like last game, it took him a little bit to get into the game,” manager Terry Francona said.

The Guardians selected the contract of Oscar Gonzalez from Triple-A Columbus, and he hit a single up the middle off in the first at-bat of his major league debut Thursday.

The ball he hit was retrieved to give Gonzalez a keepsake, and he plans to give it to his parents.

“That’s what I dreamed of my whole life,” he said through an interpreter.

Tigers: RHP Matt Manning, who has been on the IL for a month with shoulder inflammation, will not throw for the “foreseeable future,” after letting the team know he’s still sore. ... RHP Casey Mize (elbow) and LHP Eduardo Rodriguez (ribs) are making progress in their returns from the IL, according to Hinch.