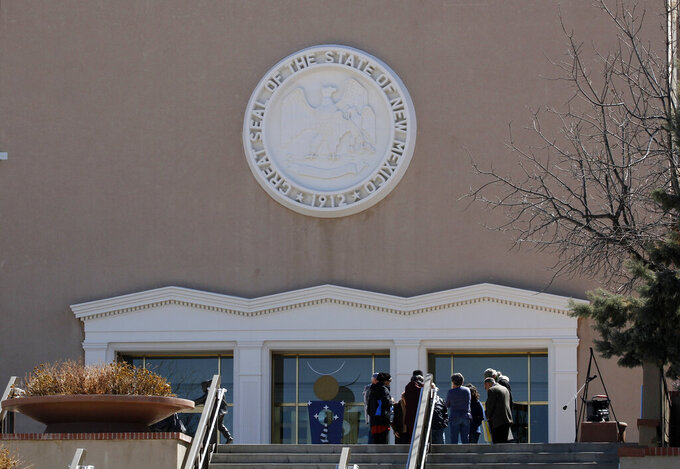 Map recommendations have been provided to legislators by a citizens’ advisory panel under a hybrid redistricting system. Legislators can adopt, modify or discard the suggested maps and start from scratch.

Strong opinions emerged quickly, with Republican state Sen. Mark Moores arguing that public testimony to an advisory redistricting committee was tainted by the progressive-leaning Center for Civil Policy. Moores said the group helped pay for people to travel to public hearings but did not make detailed financial disclosures.

“If they really want to be taken seriously by this body, they should tell us where the money came from ... and how it was spent," Moores said.

In a statement, the Center for Civil Policy defended its reimbursements for travel and child care for people who attended the hearing to state their views as expenses that were “common and acceptable.”

“For us, the real concern is when suspicions and allegations are raised against efforts that allow everyday New Mexicans — of all backgrounds and income levels — to have a say in their government and democracy," said the statement from the center and allied community groups.

Democratic Gov. Michelle Lujan Grisham holds veto authority over the redistricting process. It’s the first time in 30 years that the process is being overseen by a Democratic governor and Democratic majorities in both houses of the Legislature.

Separately, Sen. Jacob Candelaria of Albuquerque condemned an unpublished state Senate map from Democratic colleagues that he claims would dilute the influence of Latino voters in Albuquerque's working class West Side.

“You would strip representation from people that I represent, many of whom are Hispanic, simply because it benefits you at the ballot box,” Candelaria said.

Candelaria, who previously announced he won't run for reelection in 2024, announced a change in his party affiliation from Democratic to unaffiliated, denouncing the corrosive effects of extreme partisanship. That leaves a 26-seat Democratic majority in the 42-seat Senate, with 15 Republicans.

New Mexico presents unusual challenges in efforts to comply with the U.S. Voting Rights Act and preserve communities of interest and give minority voters a fair shot to elect candidates of their choice.

Nearly half of New Mexico residents claim Hispanic ancestry — the largest share of any state. Native American communities account for about 12% of residents in New Mexico and are seeking to bolster political influence through a variety of strategies.

Boundaries are likely to change significantly for a congressional swing district in southern New Mexico that flipped to Republican control in 2020, amid population growth in a major oil-production region.

Those changes have national implications. Republicans need a net gain of just five seats to take control of the U.S. House and effectively freeze President Joe Biden’s agenda on climate change, the economy and other issues.

The special session also is open to proposals for spending roughly $1.1 billion in federal pandemic relief.

The state Supreme Court ruled in November that those relief funds must be appropriated by the Legislature and not just the governor.

The special session heralded other changes at the legislature. Guns for the first time are not allowed in the roundhouse without special permission, with security screening stations installed at entrances. Proof of vaccination also is being required to enter the state Capitol.