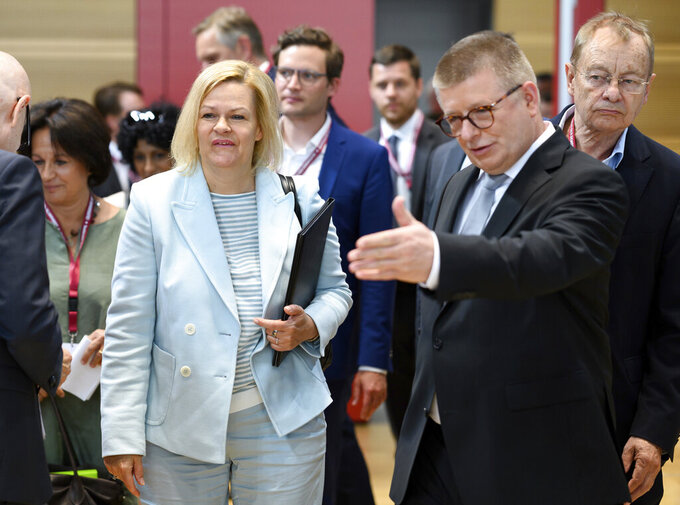 BERLIN (AP) — The head of Germany's domestic intelligence service said Thursday that levels of espionage are as high as during the Cold War, or even higher.

Thomas Haldenwang, president of the BfV intelligence agency, also warned of the increased risk of sabotage against the backdrop of Russia's war in Ukraine. Germany has exposed a number of Russian spies operating in the country in recent years.

"Today, we assess the level of espionage against Germany at least at the level of the Cold War -- if not significantly higher,” Haldenwang said at an event in Berlin.

He predicted that "in a world of open hostilities and drastic sanctions, the inhibition threshold for espionage, sabotage and illegitimate influence will continue to fall.”

The BfV stepped up its monitoring of activities by extremist groups and individuals seeking to question the government's legitimacy in the wake of the coronavirus pandemic and the war in Ukraine. Haldenwang said the risk posed by such movements was heightened by foreign powers seeking to promote anti-government propaganda through disinformation.