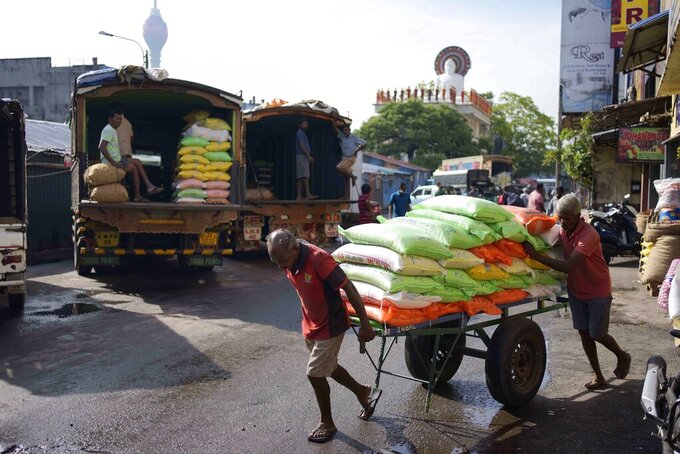 COLOMBO, Sri Lanka (AP) — Sri Lanka's president on Monday proposed to more than double the country’s tax revenue as the island nation struggles to come out from its worst economic crisis.

Unsustainable debt, a severe balance of payment crisis on top of lingering scars of the COVID-19 pandemic have led to a severe shortage of essentials such as fuel, medicine and food, and the soaring prices have caused severe hardships to most Sri Lankans.

Presenting the annual budget in Parliament, President Ranil Wickremesinghe put the country’s plight down to the reduction of government revenue and stressed the need to increase it.

Wickremesinghe said the country’s revenue has declined significantly to 8.3% of the GDP in 2021, which he said was one of the lowest in the world. He said his government presented revenue measures to correct the 2019 tax cuts on three occasions this year.

“These tax reforms will help increase revenue in 2023 and beyond, enabling to move away from costly monetary financing (money printing) to cover government expenditure in the future,” said Wickremesinghe.

According to statistics presented in the budget speech, the government expects to increase revenue from taxes to 3.1 trillion Sri Lankan rupees ($8.5 billion) from the 1.3 trillion rupees in 2021.

The economy deteriorated as the COVID-19 and the 2019 Easter Sunday bombings devastated tourism, which is a key source of foreign exchange. At the same time, in 2019 the former government pushed through the largest tax cuts in Sri Lankan history.

Sri Lanka’s foreign reserves have dwindled to around $1.5 billion and the country has no sufficient dollars to import key essentials. Inflation has increased over 90% in recent months.

Sri Lanka has suspended repayment of nearly $7 billion in foreign debt due this year pending the outcome of talks with the International Monetary Fund on a rescue package. The country’s total foreign debt exceeds $51 billion, of which $28 billion has to be repaid by 2027.

The economic meltdown triggered a political crisis and thousands of protestors stormed the official residence of the president in July, forcing Gotabaya Rajapaksa to flee the country and later resign.

Wickremesinghe said negotiations with the IMF were progressing while the government is in talks with India and China on debt restructuring.

“We are confident that these discussions will lead to positive outcome,” he said.

Voting on the budget will take place on Nov. 22.