After 2 weeks of pounding, Leaning Tower of Dallas is down 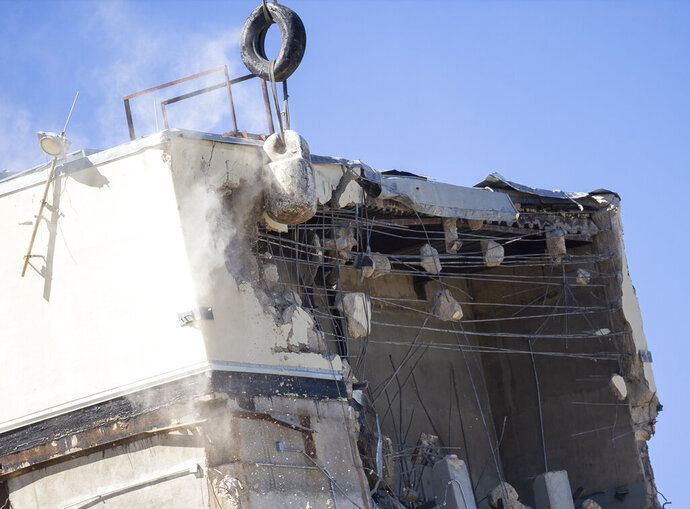