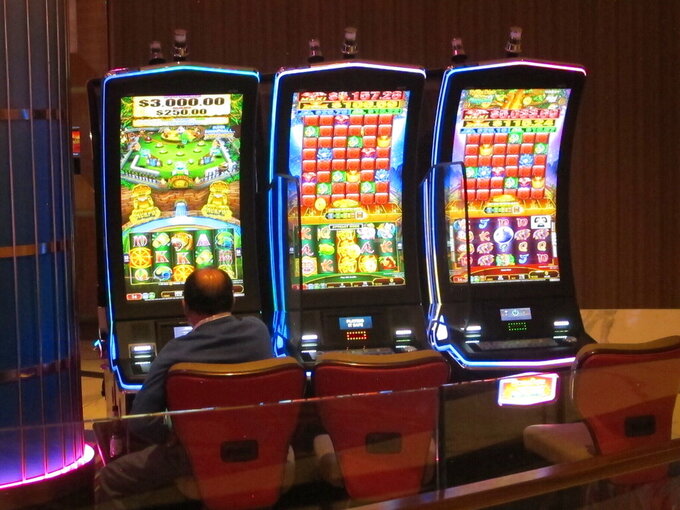 Wayne Parry, ASSOCIATED PRESS
This May 3, 2021 photo shows a man playing a slot machine at the Hard Rock casino in Atlantic City, N.J. On Thursday, June 3, 2021, New Jersey legislators were scheduled to vote on four bills giving relief to the Atlantic City casino industry following coronavirus-related declines, and to expand some other forms of gambling. (AP Photo/Wayne Parry) 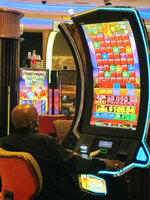 ATLANTIC CITY, N.J. (AP) — New Jersey lawmakers are considering an array of bills that would give Atlantic City casinos some financial relief from COVID-related declines, as well as expanding sports betting, raffles and other gambling.

The state Legislature was scheduled Thursday to vote on four bills involving gambling, the most consequential of which would provide relief to the casinos as they recover from the pandemic, which forced them to shut down for 3 1/2 months last year. Only recently have they been able to resume operating at 100% capacity.

A bill would exempt from taxation the first $90 million of promotional credits, including free play coupons, that casinos give to gamblers for two years.

It also would give the casinos some relief from their 8% state gambling tax responsibility if their 2021 in-person gambling revenue falls below the monthly revenue for the comparable month in the period from March 2019 through February 2020.

It received final approval Thursday from the state Senate, and now heads to Gov. Phil Murphy's desk after having previously been approved by the Assembly.

It did not include several breaks that were proposed when the measure was first introduced last year, including waivers or some taxes or fees including per-machine fees for slot machines.

The bill's text asserts that the coronavirus pandemic caused “a catastrophic and unprecedented economic contraction (that) has devastated the regional economy of Atlantic City and surrounding regions, causing historic layoffs and economic destruction that will have significant negative and long lasting impacts on casino employees and Atlantic County residents.”

“It is necessary for the state to take action to ensure the continued viability of the Atlantic City region’s financial condition, and to assist the region’s population in dealing with the financial and economic problems resulting from the COVID-19 pandemic,” it read.

The pandemic-related closures, and the hesitancy of many gamblers to return to in-person gambling last year, knocked 80% off the Atlantic City casinos' gross operating profit for 2020.

Another bill would call for a Constitutional amendment on whether sports betting should be allowed on games involving New Jersey college teams, or games played in New Jersey involving teams from other states. Both types of bets are currently prohibited.

That bill also passed the Senate on Thursday.

Yet another bill would allow charitable, religious and other similar groups to conduct bingo or raffles remotely, and a fourth measure would call another public referendum on a Constitutional amendment to allow such organizations to use the proceeds of those games to support their organizations. Currently, only veterans and senior citizens groups may use the net proceeds from those games to support their groups.

The sports betting and the bingo and raffle bills were not scheduled for final approval in the Assembly on Thursday.