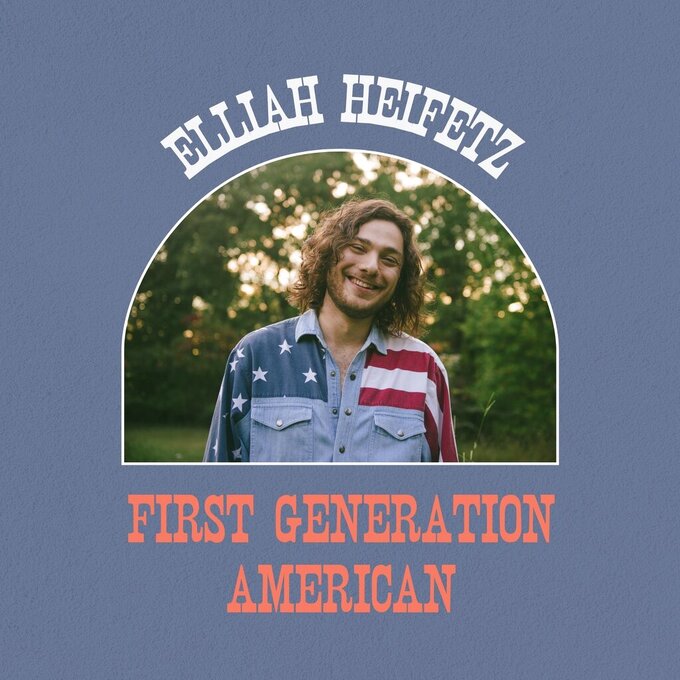 Singer-songwriter Elliah Heifetz’s debut album is a cheerful reminder Americana has roots in many countries.

Heifetz was raised on food stamps in Philadelphia as the son of Soviet political refugees, and his melting pot musical mix ranges from Eastern European folk and Yiddish theater to Jimmy Buffett and John Prine.

Heifetz’s voice could be mistaken for Steve Goodman’s, and there’s a twinkle in his twangy tenor as he finds humor in the immigrant experience. But it’s not all yuks as he reflects on outliers and outsiders, dislocation, disorientation and striving to belong in the land of plenty.

“I’m foreign as the fourth day of July,” Heifetz sings. He shows it by name-checking Waylon Jennings, Donovan McNabb and Chuck E. Cheese, and that’s just on the autobiographical, Cajun-tinged title cut.

Other highlights include the stomper “Molly Margarita,” which describes a visit to Costco as a religious experience, and “The Last Great American Cameleer,” a Baghdad-to-Texas lament about trying to ride high.

Heifetz, a Yale alum who has enjoyed success as a composer for New York stages and network TV, recorded the album in Nashville with a stellar supporting cast. The arrangements include pedal steel, fiddle and accordion – immigrant instruments for songs that could only be made in America.