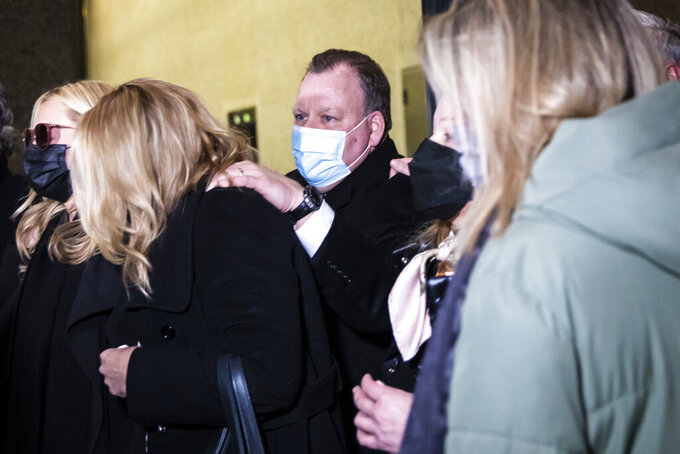 CHICAGO (AP) — A grandson and nephew of Chicago's two longest-serving mayors was sentenced to four months in prison Wednesday after being convicted of tax crimes and making false statements.

Patrick Daley Thompson, 52, was accused of falsely claiming mortgage interest deductions and lying about lines of credit from the now-closed Washington Federal Bank for Savings.

U.S. District Judge Franklin Valderrama imposed the sentence after a hearing in federal court in Chicago.

Thompson was convicted in February on five counts of willfully filing a false income tax return and two counts of knowingly making a false statement to the Federal Deposit Insurance Corp.

Thompson’s grandfather was Richard J. Daley and his uncle is Richard M. Daley, who each served more than 20 years as mayor of Chicago.

Federal regulators closed Washington Federal in 2017. Investigators said Thompson lied about the extent of his loans to a new lender and said he only owed $110,000, not $269,000.

After the sentencing hearing, Thompson attorney Chris Gair called the sentence a “grave miscarriage of justice.” He had suggested at the time of his client's conviction that the government wanted to nail someone named Daley, although prosecutors denied it.

Thompson left the courthouse without commenting.

In court filings, prosecutors said Thompson should be sentenced to two years in prison. They said he was a sophisticated lawyer and public official who knew the consequences of his actions.