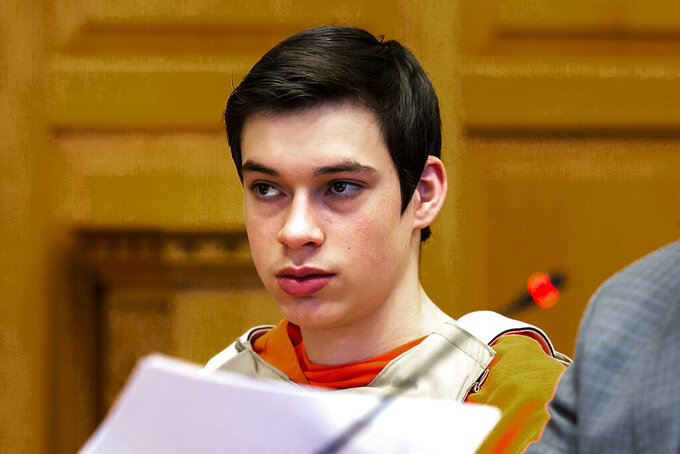 FAIRFIELD, Iowa (AP) — An Iowa teenager accused of killing his high school Spanish teacher learned Thursday that he will be tried as an adult, a day after a judge rejected his accused accomplice's request to move the case to juvenile court.

District Judge Shawn Showers ruled that Willard Miller, 16, of Fairfield, will be tried in November on a first-degree murder charge in the beating death of 66-year-old Nohema Graber, who taught at Fairfield High School. Miller and 17-year-old Jeremy Goodale are charged in Graber's death.

Miller and Goodale were both 16 when they were arrested in Graber’s killing. Graber’s body was found Nov. 3 hidden under a tarp, a wheelbarrow and railroad ties at a Fairfield city park. Police said she had been beaten to death with a baseball bat.

Fairfield is about 95 miles (150 kilometers) southeast of Des Moines.