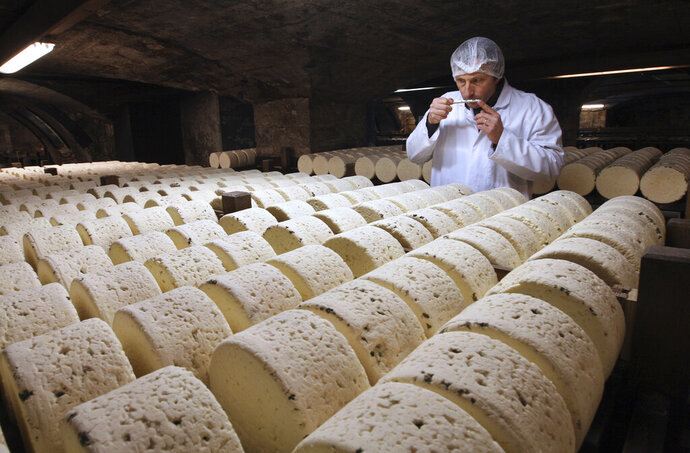 FILE - In this Jan. 21, 2009, file photo, Bernard Roques, a refiner of Societe company, smells a Roquefort cheese as they mature in a cellar in Roquefort, southwestern France. The Trump administration is proposing tariffs on up to $2.4 billion worth of French imports, from Roquefort cheese to handbags, retaliation for France’s tax on American tech giants like Google, Amazon and Facebook. The Office of the U.S. Trade Representative says France’s new digital services tax discriminates against U.S. companies and says that the tariffs could reach 100%.(AP Photo/Bob Edme, File)