Skip to main content
AP-BKO-City-Game, 1st Ld-Writethru
Back to Story 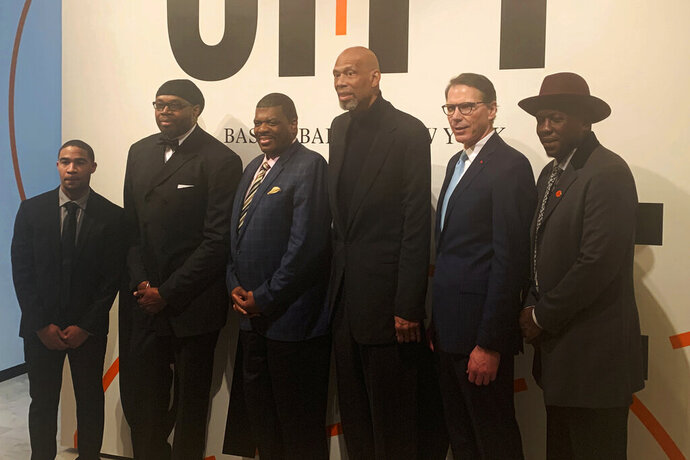 In this Feb. 11, 2020, photo, from left, New York basketball stars Andre Barrett, Sam Perkins, Bernard King, Kareem Abdul-Jabbar, Kiki VanDeWeghe and Felipe Lopez pose for a photo at the Museum of the City of New York, to celebrate the opening of an exhibit to honor the history of the game in the big apple. The exhibit has high school college and pro memorabilia including rare photos and videos of Abdul-Jabbar playing in high school. (AP Photo/Doug Feinberg) 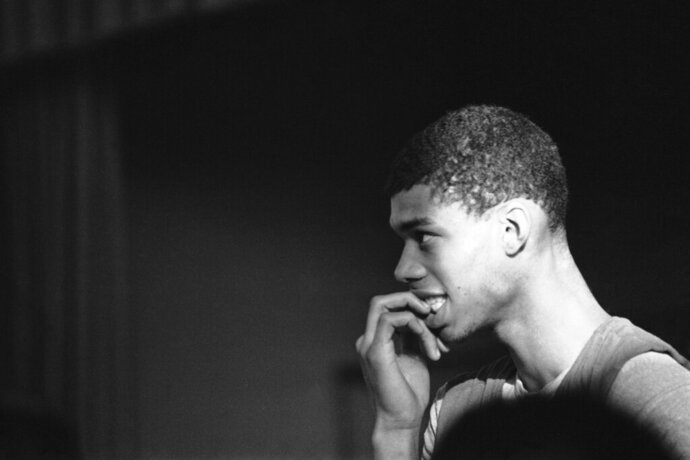 FILE - In this Feb. 17, 1965, file photo, Power Memorial High School basketball player Lew Alcindor practices in New York. Alcindor, later Kareem Abdul-Jabbar, spent about 15 minutes walking through an exhibit at the Museum of the City of New York about some of New York's greatest basketball players and moments, which opens to the public Friday. Besides the video, there was also a photo of him playing in high school. He quickly pointed out former Knicks' great Dean Meminger in the picture as well. (AP Photo/File) 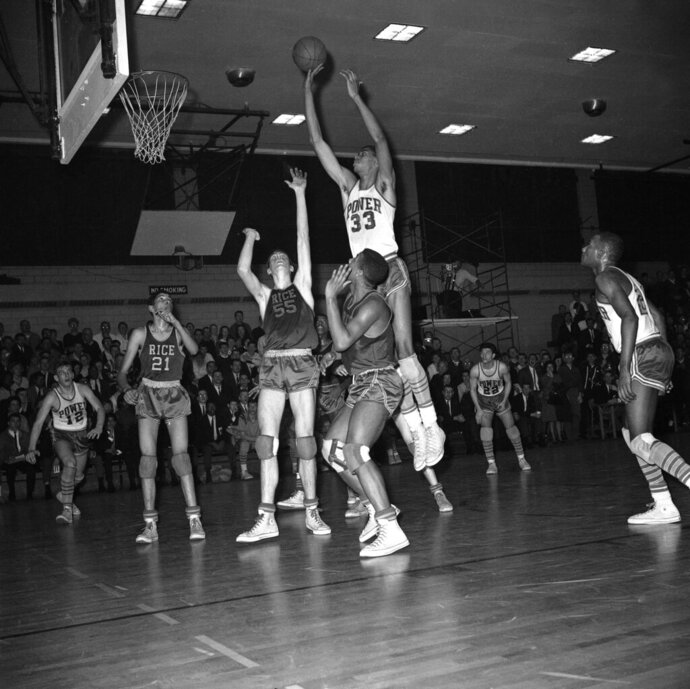 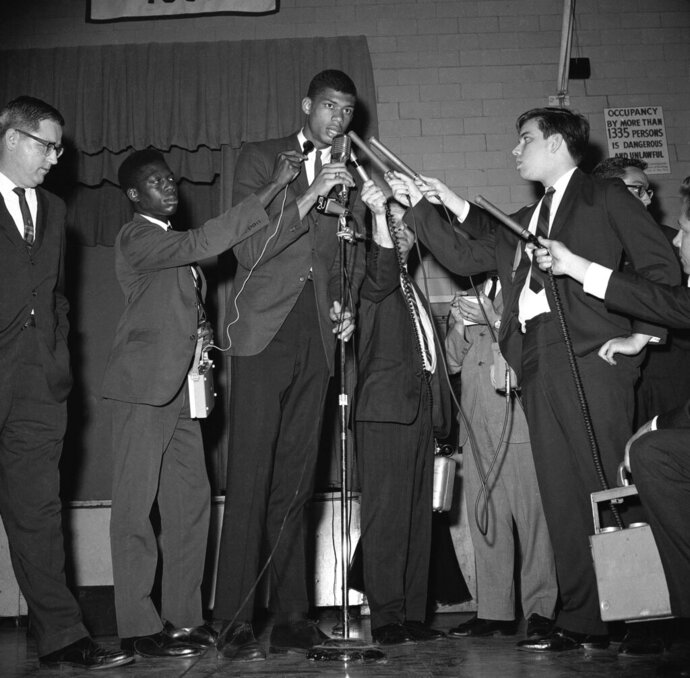 FILE - In this May 4, 1965, file photo, Power Memorial High School basketball player Lew Alcindor, now known as Kareem Abdul-Jabbar, announces in New York that he planned to attend UCLA. Alcindor is featured in an exhibit, City/Game, that opens Friday at the Museum of the City of New York. (AP Photo/Anthony Camerano, File)