Skip to main content
BC-ML--Iran, 7th Ld-Writethru
Back to Story 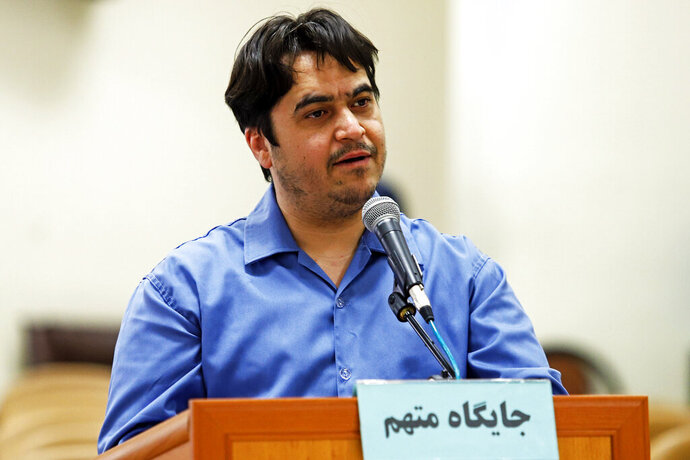 In this June 2, 2020 photo, journalist Ruhollah Zam speaks during his trial at the Revolutionary Court, in Tehran, Iran. Iran. The judiciary spokesman, Gholamhossein Esmaili, announced Tuesday, June 30, 2020 that Zam, a journalist whose online work helped inspire the 2017 economic protests and who returned from exile to Tehran was sentenced to death. The Persian writing on the podium reads, "defendant's place." (Ali Shirband/Mizan News Agency via AP) 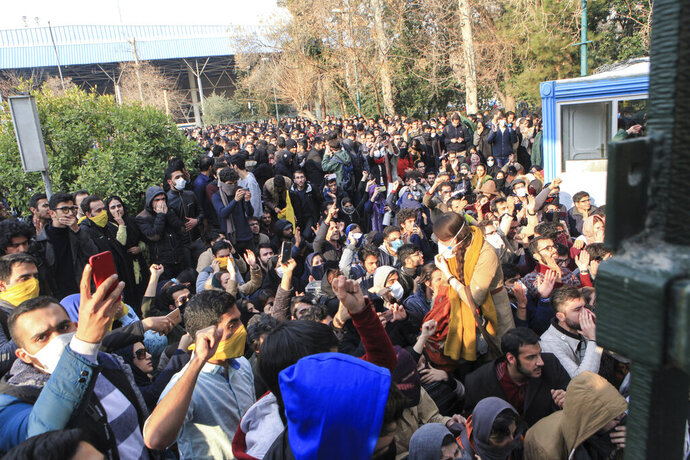 FILE - In this Dec. 30, 2017 file photo taken by an individual not employed by the Associated Press and obtained by the AP outside Iran, university students attend a protest inside Tehran University while anti-riot Iranian police prevent them to join other protestors, in Tehran, Iran. On Tuesday, June 30, 2020, Judiciary spokesman Gholamhossein Esmaili said Iran sentenced journalist Ruhollah Zam to death. Zam whose online work helped inspire the 2017 economic protests had run a website called AmadNews that posted embarrassing videos and information about Iranian officials. He had been living and working in exile in Paris before being convinced into returning to Iran, where he was arrested in October 2019. (AP Photo, File)