The Latest: DeChambeau bombs away, pulls away to win US Open 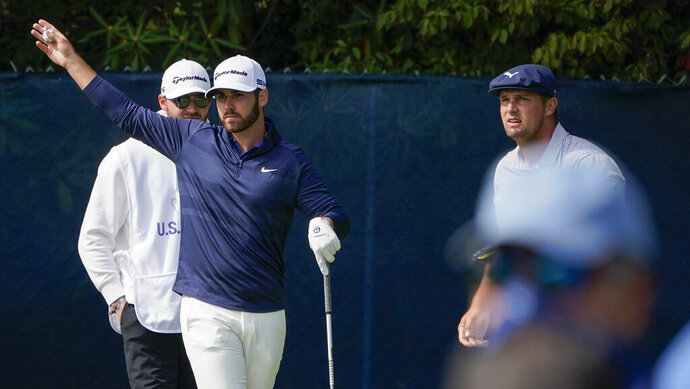