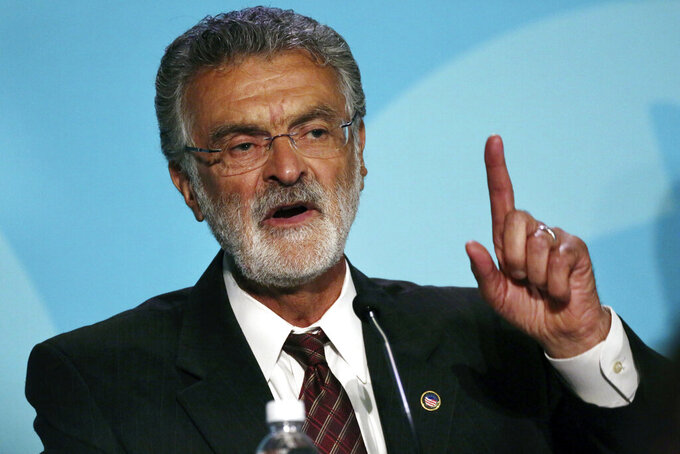 CLEVELAND (AP) — Authorities were seeking a suspect in a shooting that claimed the life of the grandson of Cleveland Mayor Frank G. Jackson, police said.

Police found the body of Frank Q. Jackson, 24, near a public housing project in the city on Sunday night. According to news reports, the mayor visited the shooting scene before leaving.

Frank Q. Jackson was free on $10,000 bond while he awaited a court appearance for a felonious assault charge in which he was accused of dragging a police officer while trying to flee his car in January.

The grandson pleaded guilty in 2019 to misdemeanor assault stemming from a fight with his then-girlfriend. He was sentenced to 18 months probation.