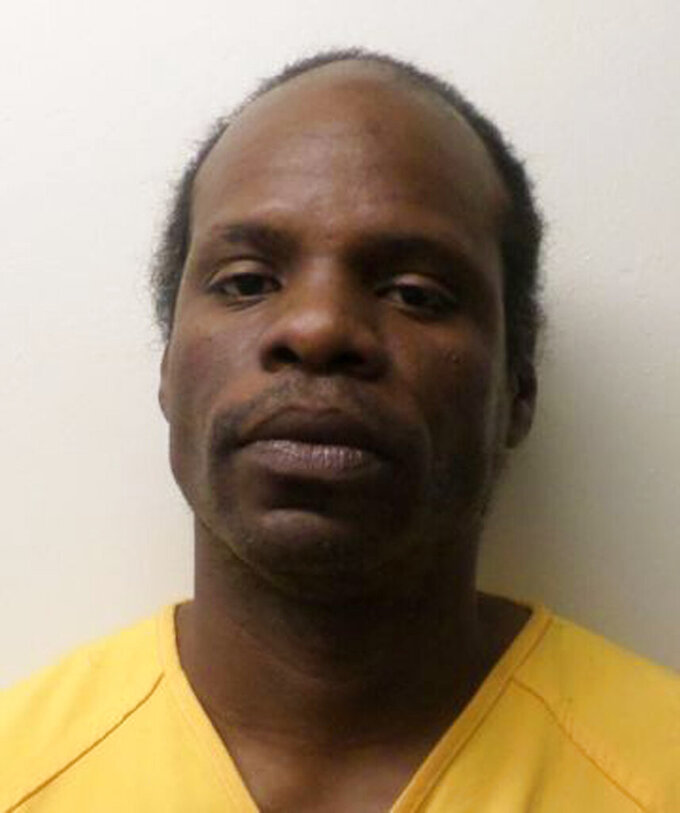 Uncredited, ASSOCIATED PRESS
This Oct. 4, 2017, image provided by the Oklahoma Department of Corrections is of Gregory Thompson, 49, who is accused of killing a prison guard in Oklahoma. The attack happened Sunday, July 31, 2022, at the Davis Correctional Facility, which is a privately run prison in Holdenville about 70 miles (115 kilometers) southeast of Oklahoma City. (Oklahoma Department of Corrections via AP)

HOLDENVILLE, Okla. (AP) — A corrections officer has died after being attacked by an inmate at an Oklahoma prison, officials said on Monday.

The attack on officer Alan Jay Hershberger happened Sunday at the Davis Correctional Facility, which is a privately run prison in Holdenville about 70 miles (115 kilometers) southeast of Oklahoma City. Department of Corrections officials said in a press release that inmate Gregory Thompson, 49, attacked Hershberger from behind with a homemade weapon while a group of inmates was returning to a housing area from recreation.

Thompson has been placed in isolation and an investigation was underway.

Thompson is serving a life sentence for a 2003 first-degree murder conviction out of Oklahoma County. He also has a pending five-year sentence for a 2010 first-degree manslaughter conviction out of Pittsburg County, prison records show. That case involved the stabbing death of another inmate at the Oklahoma State Penitentiary in McAlester in 2009.

The prison is a medium-security facility and is operated by CoreCivic.