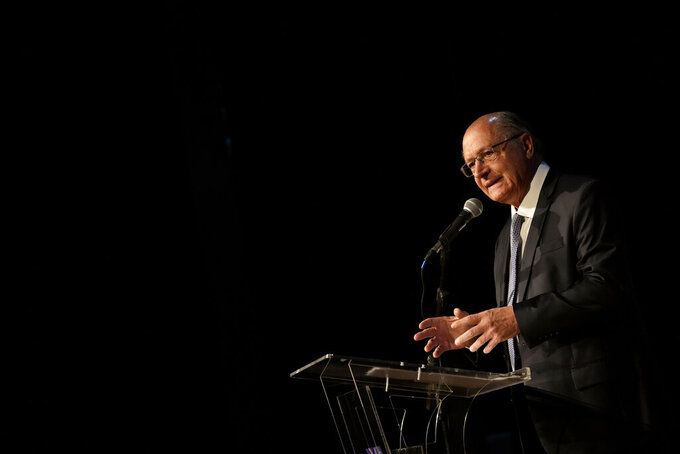 Investors look favorably on André Lara Resende and Pérsio Arida, conservative economists who were among the architects of the Real Plan in the 1990s that implemented a new Brazilian currency and tamed hyperinflation.

The other two economists on the transition team are Nelson Barbosa, who was finance minister under President Dilma Rousseff of da Silva’s Workers’ Party, and Guilherme Mello, an economics professor who has long been known as the Worker’s Party economist.

“They don’t have opposing views. They’re complementary,” Vice President-elect Geraldo Alckmin told reporters during the announcement in the capital, Brasilia.

Alckmin said people involved in the transition won’t necessarily join the administration after da Silva is inaugurated Jan. 1 for his third term as president — he also held the office in 2003-2010.

Still, those chosen to work in the transition give an idea of how da Silva, who is universally known to Brazilians as Lula, intends to conduct economic policy.

His first two terms coincided with a surge in demand for commodities that helped spur a Brazilian economic boom and filled the government's tax coffers. This time, da Silva will face a more adverse global economy, fierce political opposition and limited room to maneuver with a strained government budget.

Among the most pressing challenges is making good on his pledge to sustain a vast welfare program and boost spending on health and education without exceeding a constitutionally imposed spending cap. He also needs to reinvigorate an economy that has seen either weak growth or declines throughout most of the last decade.

“Lula has understood he needs to have a range of strengths much wider than only the center-left,” said Eduardo Grin, a political analyst at the Getulio Vargas Foundation in Sao Paulo. “Lula wants divergent opinions in order to make his own decisions.”

One was Fernando Haddad, a former Sao Paulo mayor and one-time presidential candidate with an academic background as a law professor who has never worked on economic matters.

The other, Guido Mantega, was finance minister under both da Silva and Rousseff and is looked at by many critics as the one responsible for Rousseff's economic measures that led Brazil into a financial crisis.

Although Mantega will not be a part of the economics team, he will work in the transition in another area, Alckmin said, without giving any specifics.