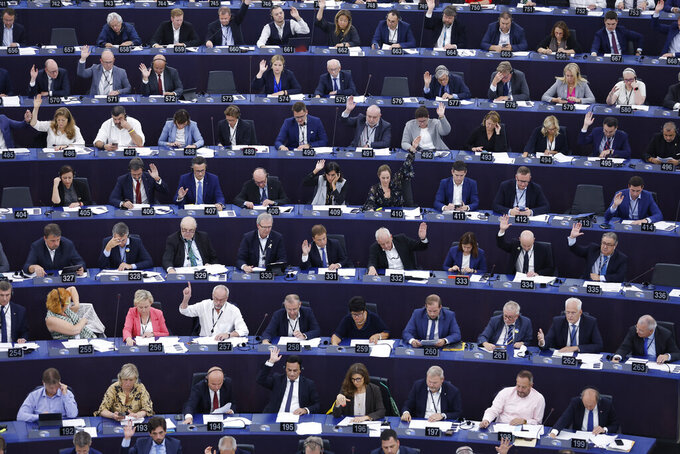 The vote — with 505 in favor, 92 against and 44 abstentions — came as inflation and skyrocketing energy bills have left many households struggling to make ends meet.

Minimum wages across the EU vary widely, and setting a minimum remains a competence of member countries. The highest minimum wages are in Luxembourg, Ireland and Germany, the lowest in Bulgaria, Latvia and Estonia, according to EU data.

Under the new law, member countries will have to guarantee “that their national minimum wages allow workers to lead a decent life, taking into account the cost of living and wider pay levels," the Parliament said.

The legislation will apply to all EU workers who have an employment contract or employment relationship.

EU governments will have two years to comply with the legislation once it is formally approved by the European Council, likely later this month.

“Prices for groceries, energy bills and housing are exploding. People are really struggling to make ends meet. We have no time to waste, work must pay again," said Agnes Jongerius, a lawmaker from the Socialists and Democrats group.

The law would also boost collective bargaining for pay in countries where fewer than 80% of workers are covered by the process.