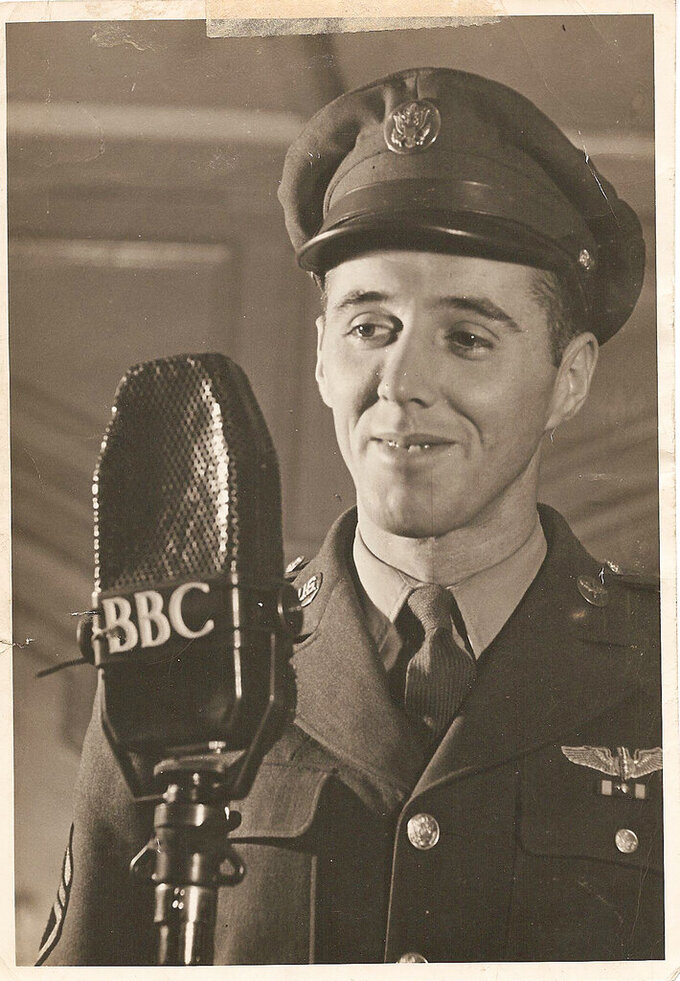 Uncredited, ASSOCIATED PRESS
In this World War II-era photograph provided by the Defense POW/MIA Accounting Agency, U.S. Army Air Forces Staff Sgt. Charles G. McMackin, of Revere, Mass., stands in front of a microphone. McMackin, who was shot down over Romania during World War II, was accounted for in August of 2020. The 26-year-old McMackin was the bombardier on a B-24 Liberator that in August 1943 participated in a massive bombing mission against Romanian oil fields and refineries. (Defense POW/MIA Accounting Agency via AP)

BOSTON (AP) — An airman from Massachusetts who was shot down over Romania during World War II has been accounted for, the military said Wednesday.

U.S. Army Air Forces Staff Sgt. Charles G. McMackin, 26, was accounted for in August 2020, according to a statement from the Defense POW/MIA Accounting Agency, but the announcement was not made until Wednesday because his family was only recently briefed on the situation.

The agency said McMackin was from Boston, but according to news clippings from the time of his death, he was from Revere, just north of Boston.

McMackin was the bombardier on a B-24 Liberator that participated in Operation Tidal Wave on Aug. 1, 1943, a massive bombing mission against the oil fields and refineries at Ploiesti, Romania, considered crucial to the Nazi war effort, according to the the agency.

His plane crashed as a result of enemy anti-aircraft fire, and his remains were not identified following the war. Remains of American personnel that could not be identified were buried in a cemetery in Romania and later moved to a cemetery in Belgium.

The remains were exhumed in 2017 and sent to Offutt Air Force Base, Nebraska, for examination and identification.

McMackin will be buried April 14 in Chestnut Hill, Massachusetts.

This story has been corrected to reflect that the remains were identified in August 2020, not August 2021, and that McMackin was from Revere, not Boston, according to news clippings from the time of this death.