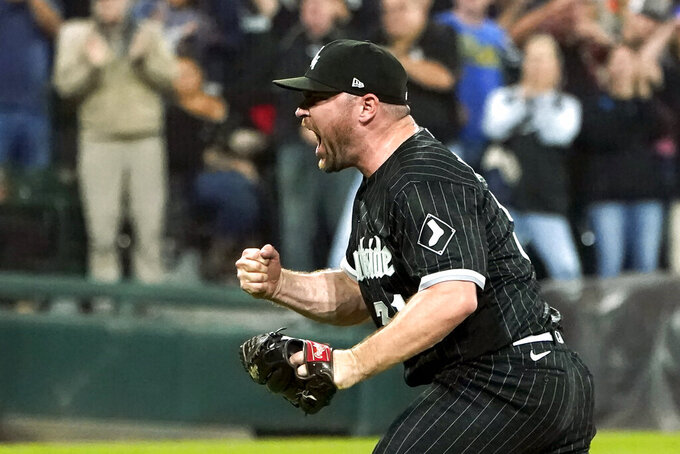 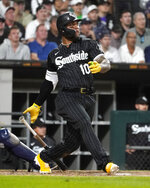 CHICAGO (AP) — The Chicago White Sox came into the season with huge expectations and their sights set on a deep postseason run.

Though it hasn't gone the way they envisioned, they are rolling at the moment — and closing in on the AL Central lead.

Yoán Moncada came through with the go-ahead single in the eighth inning for the second straight game, and the White Sox rallied to beat the Houston Astros 4-3 on Tuesday night.

While the showdown between AL Cy Young Award contenders Dylan Cease and Justin Verlander didn’t live up to its billing, the White Sox came away with their fifth straight win. The defending division champions moved within a game of first-place Cleveland and remained even with Minnesota.

“We know it's crunch time,” Cease said. “At this point, there's nothing to give away. We've got to go out and take as many as we can.”

Gavin Sheets tied it at 3-all for Chicago in the seventh with a two-run double off Verlander.

The White Sox had a runner on third with two out in the eighth when Moncada blooped the go-ahead single to center against Héctor Neris (4-4). Adam Engel, who came in to run after Eloy Jiménez led off with a walk, scored to make it 4-3.

“I was disappointed," he said. "It wasn’t my sharpest outing. But it was close enough to keep us in it. Everyone else picked me up. Getting a win definitely helps that.”

Verlander settled down after Josh Harrison singled in a run in the second, only to run into trouble in the seventh. He gave up a one-out single to Harrison and walked Seby Zavala before Sheets — batting for Lenyn Sosa — drove a two-run double to the right-field corner.

“It doesn’t matter top of the order, bottom of the order, middle of the order, I don’t like giving up runs, especially in that situation late like that,” Verlander said. “Not happy about it.”

José Abreu had three hits for Chicago. Jimmy Lambert (1-2) worked around a single in the eighth by Mauricio Dubon, and Liam Hendriks secured his 27th save in 30 chances with a seven-pitch ninth.

Alex Bregman and Kyle Tucker hit back-to-back doubles in the third to give Houston a 2-1 lead after Jose Altuve got picked off second.

Altuve led off the fifth with a drive to left against Cease to make it 3-1.

Astros: LF Aledmys Díaz exited the game because of discomfort in his left groin. Diaz caught Yasmani Grandal’s line drive to end the third inning. He was replaced by Chas McCormick in the bottom of the fourth. ... SS Jeremy Peña was back in the lineup after being scratched from Monday's game because of neck tightness.

White Sox: OF Luis Robert (sprained left wrist) won't need to go on the injured list and could return as soon as Wednesday, manager Tony La Russa said. Robert was out of the lineup for the fourth consecutive game.