In Greece, a migrant's dream of walking is set back by fire 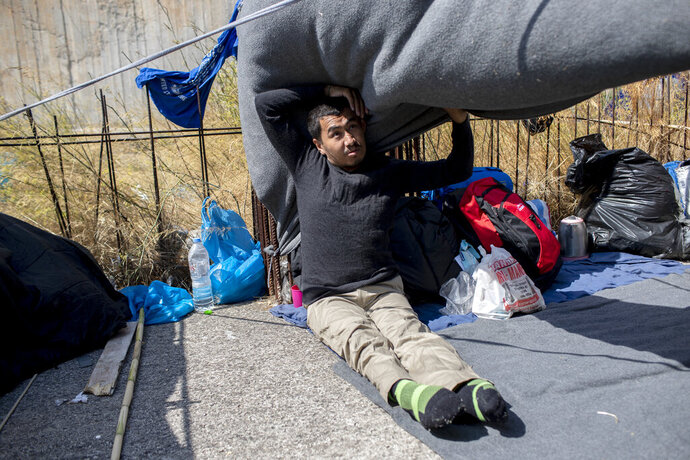