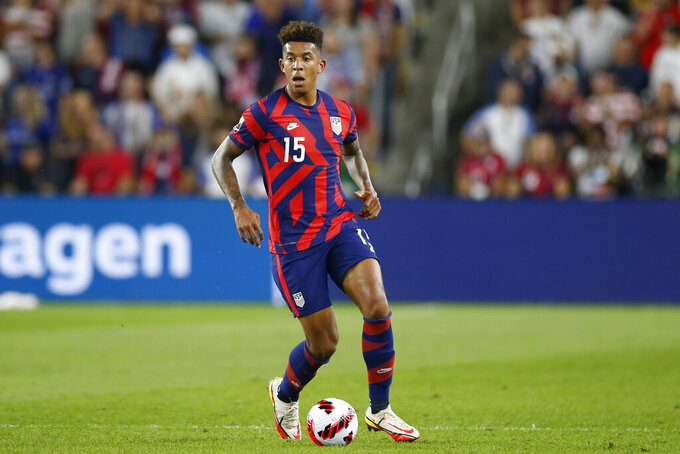 American defender Chris Richards will miss the World Cup because of an injury that has sidelined him for more than two months.

“Gutted that this injury has ruled me out of the World Cup,” he wrote Tuesday on Instagram.

“Will be rooting for y’all the whole way,” he said of his U.S. teammates.

A 22-year-old from Birmingham, Alabama, Richards debuted for the U.S. in November 2020 and has made eight international appearances.

The U.S. already was missing Atlanta defender Miles Robinson, who tore his left Achilles on May 7.

Richards last played in a Sept. 6 exhibition for Crystal Palace's under-23 team against Hertha Berlin. His last competitive match was Aug. 27 at Manchester City, when he entered in the 57th minute.

He agreed in July to a five-year contract with Palace, leaving Bayern Munich. Richards arrived in Germany four years ago from academy of Major League Soccer’s Dallas team and made his Bundesliga debut in June 2020 against Freiburg. He was loaned to Hoffenheim for the second half of the season and spent most of 2021-22 at Hoffenheim.

Richards made three Premier League appearances this season, all as a substitute, and started against Oxford in the League Cup.

Back in the World Cup after missing the 2018 tournament, the U.S. opens against Wales on Nov. 21, plays England in a Black Friday matchup four days later and closes group play on Nov. 29 against Iran.