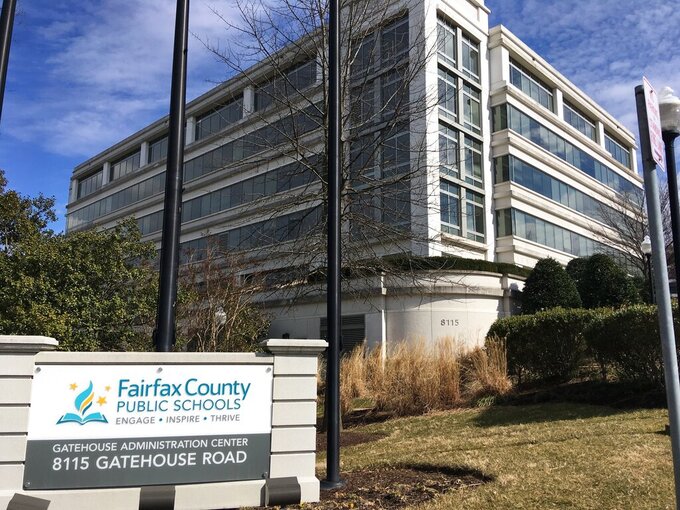 Matthew Barakat, ASSOCIATED PRESS
FILE - This March 4, 2019, photo shows Fairfax County Public Schools in Merrifield, Va. The U.S. Supreme Court won't hear an appeal from a Virginia school board that says it shouldn't be held liable for the alleged sexual assault of a student by a classmate on a band trip. The court without comment on Monday, Nov. 21, 2022, rejected the appeal from the Fairfax County School Board. The case will now go to trial in federal court in Alexandria, Va. (AP Photo/Matthew Barakat, File)

FALLS CHURCH, Va. (AP) — The U.S. Supreme Court won't hear an appeal from a Virginia school board that says it shouldn't be held liable for the alleged sexual assault of a student by a classmate on a band trip.

The court without comment on Monday rejected the appeal from the Fairfax County School Board. The case will now go to trial in federal court in Alexandria, Virginia.

The case turned on whether a school system can be held liable under Title IX for a single alleged assault when there had been no prior notice of a problem. Title IX is the federal law that prevents discrimination on the basis of sex.

The female student who says she was assaulted, identified only as Jane Doe, filed the lawsuit in 2018. She said a male classmate at Oakton High School sexually assaulted her on a school bus during an out-of-state band trip in 2017.

In 2021, though, the 4th U.S. Circuit Court of Appeals reinstated the lawsuit in a 2-1 ruling. The majority opinion said it was clear that the school system had notice of the assault because the girl herself told administrators she’d been touched without her consent. A dissenting opinion, though, concluded that the trial verdict should stand because after-the-fact notice about an isolated, one-time incident afforded no real opportunity for the school district to take preventive action.

The full 4th Circuit then issued a 9-6 en banc opinion affirming that the suit should be reinstated. Judges in the majority said that if school systems can't be held liable for their response to a single incident, it would amount to giving them “one free rape.”

The school board then sought review from the Supreme Court, which was rejected on Monday. Some progressive groups had criticized the board for pursuing a legal theory that they said would restrict the legal rights of sexual assault victims.

In a statement, one of Jane Doe's lawyers with the Public Justice, a nonprofit public-interest legal group, said the high court was correct to turn the appeal aside.

“What a shame the School Board wasted taxpayer dollars asking the Supreme Court to adopt positions the Fourth Circuit and the Department of Justice have called ‘absurd,’” Alexandra Brodsky said.

Fairfax County Public Schools said in a statement that the decision “leaves these important legal questions unsettled. Fairfax County Public Schools asked the high court to resolve these uncertainties because Congress never intended for schools to be privately sued for money damages when everyone agrees the harassment could not have been foreseen.”

The Supreme Court on Monday also declined to hear an appeal filed by the University of Toledo in a similar case.

When the Virginia retrial goes forward, it will start from scratch, meaning Jane Doe will have to prove again that she was assaulted, and also that the school system had been given notice.

Whether Doe was assaulted was disputed at the original trial. The school system argued she was ambivalent about her participation in the conduct and truly became upset only after learning the male student had a girlfriend.

Doe testified that she tried to block the male student’s hands from groping her while they huddled under a blanket and that she at one point pulled her hand away from his genitals only to have him grab it and put it back.

She acknowledged that she never told him “no” and didn’t try to get up and walk away. But she was adamant she didn’t consent.

“It’s pretty simple. I never said ‘yes’ to him doing any of that to me,” she testified.