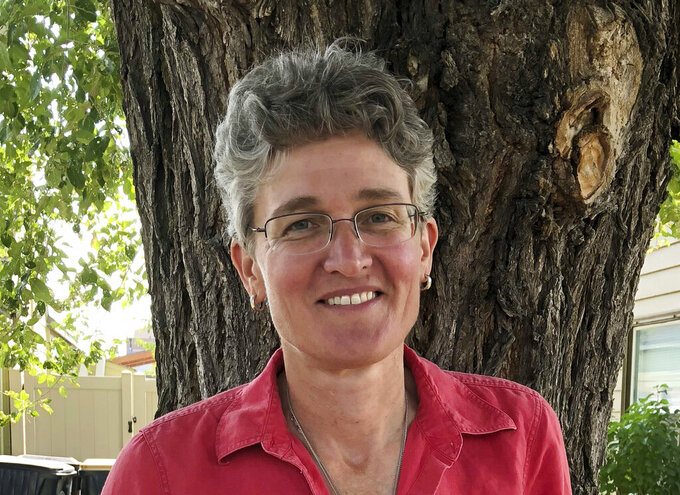 PORTLAND, Ore. (AP) — A challenger from the progressive wing of the Democratic Party was leading late Tuesday in a closely watched Oregon race against a moderate incumbent, while a cryptocurrency billionaire-backed political newcomer conceded to a longtime state lawmaker in one of the nation's most expensive Democratic congressional primaries.

The primary for the 5th District, where Rep. Kurt Schrader was trailing challenger Jamie McLeod-Skinner, was too close to call in part because of a printing issue with ballots in Oregon's third-largest county.

Blurry barcodes made vote-counting machines reject a large number of ballots in Clackamas County and elections workers were transferring the votes by hand to fresh ballots so they could be tallied. Parts of the 5th and 6th Districts are in Clackamas County.

In the 6th, political novice Carrick Flynn tweeted late Tuesday he was conceding to state Rep. Andrea Salinas, who would be Oregon's first Hispanic congresswoman if elected in November. Flynn said he would campaign for Salinas, who was endorsed by Massachusetts Democratic Sen. Elizabeth Warren, a standard-bearer for the party's progressive wing.

“It is vital that this seat turn blue and Democrats retain control of the House. I believe she’ll win this fall and become a strong voice for the voters of this district in Congress,” Flynn wrote.

The election Tuesday played out in a state that’s become a right-wing target after sometimes-violent protests in Portland following George Floyd’s murder, surging gun crime and an ongoing homelessness crisis in the city. Those problems have given Republicans a megaphone and raised the stakes for Democrats.

In the 5th District, seven-term Schrader trailed McLeod-Skinner in a dramatically redrawn district that leans a little less blue.

The district, which once stretched to the Pacific Coast, now reaches east to include Bend, where Schrader has less name recognition. President Joe Biden recently endorsed Schrader, a veterinarian and former state lawmaker, but he has alienated progressive members of his party over the course of his last term.

He was one of two House Democrats to vote against a $1.9 trillion pandemic relief package, in part because he didn’t want the bill to include an increase in the minimum wage. He also voted in committee against a Biden-supported plan that would have allowed Medicare to negotiate outpatient medication prices with pharmaceutical companies.

But some primary voters are concerned that McLeod-Skinner, an attorney and former city planner, wouldn’t be as competitive in November, particularly given that issues such as crime and homelessness are even on the minds of moderate Democrats.

Five Republicans are vying to advance to November’s general election in the 5th District.

Money poured into the Democratic race for a newly created 6th Congressional District seat that featured a relatively unknown political newcomer backed by a cryptocurrency kingpin and Salinas, a three-term state lawmaker. The race has attracted a total of 16 candidates combined for the House seat created by the 2020 census reapportionment.

The nine Democrats competing in the primary have spent more than $18 million combined and drawn more than $13 million in outside money to date, making the race one of the most costly among Democratic primaries nationwide, according to OpenSecrets, a nonpartisan research group that tracks money in politics.

Top among those was Flynn, who was backed by cryptocurrency billionaire Sam Bankman-Fried’s political action committee.

Seven Republicans are running for the 6th District seat, including Ron Noble, a moderate who currently serves in the Oregon House.

In another key race, the state's current Labor Commissioner and a former state lawmaker Val Hoyle won the Democratic nomination in the race to replace Rep. Peter DeFazio in Oregon’s 4th Congressional District, which is wide open for the first time in decades as the incumbent retires after 35 years.

In Oregon, nonaffiliated and third-party voters together make up the largest group of voters and they won’t find the congressional primaries on their ballots. By 8 p.m. Tuesday, 22.5% of voters had returned a ballot. Ballots must be postmarked by Election Day and have a week to arrive and be counted.

Elsewhere, Rep. Cliff Bentz won the Republican nomination for the 2nd Congressional District and Joe Yetter won the Democratic nod for the seat in the heavily red district.

None of the incumbents in those districts faced any serious primary challenges.