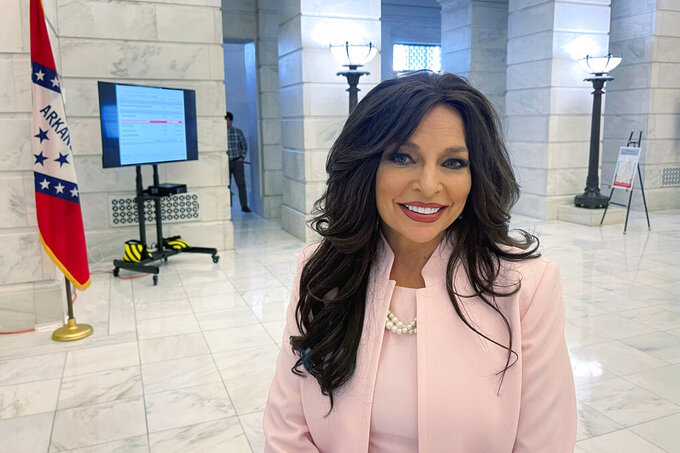 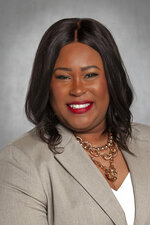 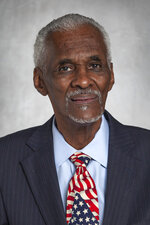 LITTLE ROCK, Ark. (AP) — Sen. John Boozman won the Republican primary in Arkansas on Tuesday, fending off challengers on the right after relying heavily on his endorsement from Donald Trump, conservative groups and the state’s top GOP figures.

Boozman's race was a test of the former president's influence in an extremely red state, though it hadn't garnered the national attention other top races like Senate campaigns in North Carolina, Ohio and Pennsylvania had.

Natalie James, a real estate agent from Little Rock, won the Democratic primary Tuesday for the right to challenge Boozman in the fall. Boozman is heavily favored in November in Arkansas, which hasn't elected a Democrat to the Senate since 2008.

A soft-spoken eye doctor who has served two terms in the Senate, Boozman adopted a more combative tone in campaign ads that touted the support of Trump and other GOP figures. Former White House press secretary Sarah Sanders, who won the Republican nomination for governor Tuesday, and fellow Sen. Tom Cotton recorded ads that played heavily in the state backing Boozman.

Boozman said the approach wasn't a deviation from his low-key style and reflected the concerns he's hearing from voters on such issues as immigration and inflation.

“They want somebody who's going to go to Washington and represent them, somebody that is a doer, not just a talker," Boozman told The Associated Press after his win Tuesday night.

The lawmaker faced an onslaught of attacks from a super PAC funded by a shipping executive backing former NFL player Jake Bequette’s effort to unseat Boozman. Conservative activist Jan Morgan and pastor Heath Loftis also sought the Republican nomination. One of the ads by the pro-Bequette group referred to Boozman as “Biden’s favorite Republican.”

Boozman’s rivals criticized him over his decision to not challenge Biden’s win in the presidential election, despite Trump’s lies about a stolen election. They also criticized Boozman saying last year that Trump bore “some responsibility” for the violent Jan. 6 insurrection at the U.S. Capitol, though Boozman voted to acquit Trump in the impeachment trial over the riot.

Boozman said he remains committed to Trump and that he doesn’t hold him directly responsible for Jan. 6. He also said he would support the former president if he runs again in 2024.

At least three super PACs supporting Boozman also ran ads, including one that attacks Bequette as “Fake Jake.” Boozman also had the endorsement of influential conservative groups like the National Rifle Association and National Right to Life.

Boozman has focused on farming and veterans issues during his time in the Senate, topics that do not lend themselves to viral videos or incendiary speeches but are crucial in this predominantly rural state. He was first elected in the Senate in 2010 after winning an eight-candidate primary without a runoff and easily won reelection in 2016.

Boozman is in line to chair the Senate Agriculture Committee if Republicans win control of the Senate. He ran with support of influential conservative groups including National Right to Life and the National Rifle Association.

Jay Porter, a real estate appraiser in Little Rock, said he was torn between Boozman and Bequette in the primary but ultimately voted for the incumbent senator Tuesday. Porter cited Boozman’s experience as a factor.

“He’s in the committees, he’s got power, where a newbie’s not going to have as much power,” Porter, 51, said. “He’s going to be a junior senator who’s not going to get in some of the stronger committees.”

Anita Donnell, a 76-year-old retiree in Little Rock, said she’s supported Boozman in past elections but cast her ballot Tuesday for Morgan.

“He doesn’t speak out as much as Cotton,” Donnell said. “I just didn’t want to vote for him this time.”