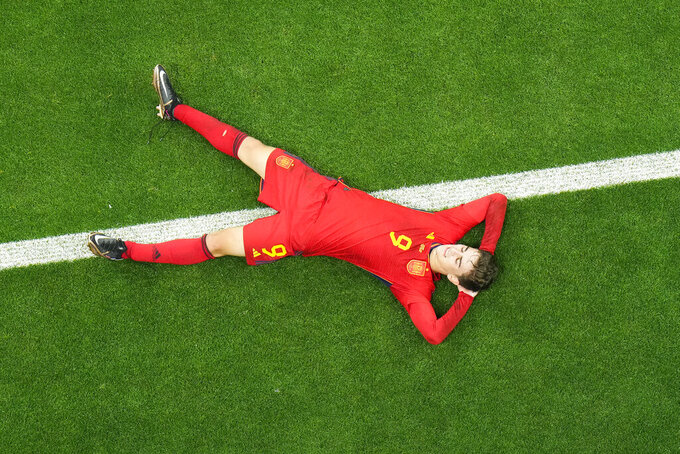 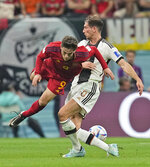 DOHA, Qatar (AP) — Teenager Gavi did not practice with Spain on Monday, a day after the team’s draw with Germany at the World Cup.

Gavi was nursing a minor injury sustained in the 1-1 draw at Al Bayt Stadium on Sunday.

The 18-year-old midfielder was substituted in the 66th minute against Germany, shortly after Spain took a 1-0 lead.

The injury was not expected to keep Gavi from being available in the final group match against Japan on Thursday. Spain needs a draw go reach the round of 16.

Gavi scored once in the team’s 7-0 rout of Costa Rica, becoming the youngest World Cup scorer since Pelé in 1958.

He and 20-year-old Pedri are leading a revamped Spain squad trying to win its second World Cup, and first major title since the 2012 European Championship.