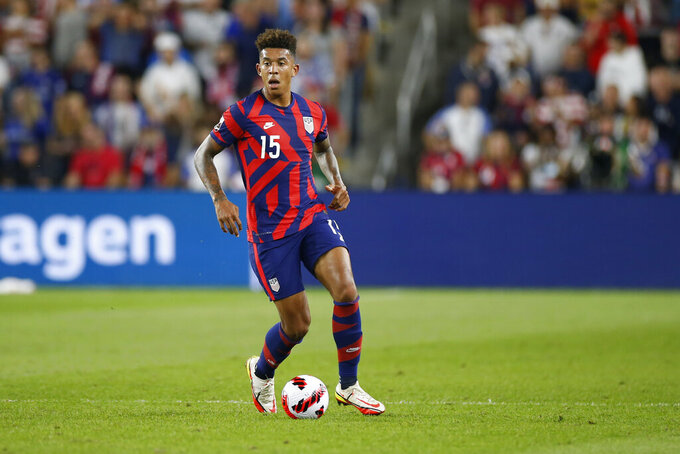 The 22-year-old Richards signed a five-year contract with the south London club, which paid Bayern a fee reported to be about $15 million.

The Birmingham, Alabama, native joins a Palace team where Marc Guéhi and Joachim Andersen are projected as starters, with James Tomkins also competing for playing time. Richards also is competing for a spot on the U.S. World Cup roster.

“I’m really excited for it," Richards said of the move to Palace. "The kind of project I’ve seen (attracted me). It’s a lot of young players but also young players who have a lot of fight. Palace is a club that seems like they’re always fighting.”

Richards arrived at Bayern from the academy of Major League Soccer’s Dallas team four years ago. He made his Bundesliga debut in June 2020 against Freiburg, played three league and three Champions League games that fall, then was loaned to Hoffenheim for the second half of the season and made 10 Bundesliga and two Europa League appearances.

Richards hurt his right ankle during a World Cup qualifier at Canada on Jan. 30 and returned with Hoffenheim on April 2. He then sustained a season-ending right thigh injury against Greuther Fürth on April 17.

The defender made his U.S. debut in an exhibition against Panama in November 2020 and has eight international appearances. He appeared in five of 14 World Cup qualifiers, four of them starts.

“Chris is a hugely talented young player, and he brings a lot of experience at a high level for his age, as well being an established international for the USA national side,” Palace chairman Steve Parish said. "Competition can only drive him and our squad on.”