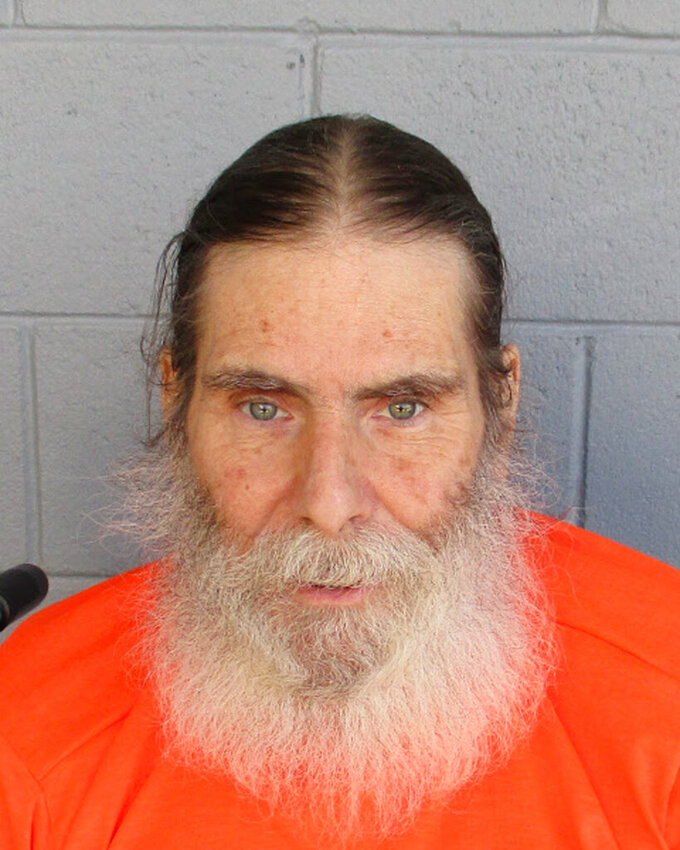 Uncredited, ASSOCIATED PRESS
FILE - This undated file photo provided by the Arizona Department of Corrections, Rehabilitation and Reentry shows Frank Atwood, who was sentenced to death in the 1984 killing of 8-year-old Vicki Hoskinson in Pima County, Ariz.. Atwood is scheduled to be executed on June 8, 2022, by lethal injection at the state prison in Florence, Arizona. (Arizona Department of Corrections, Rehabilitation and Reentry via AP, File)

PHOENIX (AP) — Arizona’s clemency board has declined to recommend to Gov. Doug Ducey that the death sentence of a man convicted in the 1984 kidnapping and killing of an 8-year-old girl be reduced to a lesser punishment, rejecting his claims that he is innocent of the crimes.

The decision by the Arizona Board of Executive Clemency on Tuesday at the state prison in Florence marks one of the last steps before Frank Atwood’s execution in the 1984 killing of Vicki Hoskinson. Atwood is scheduled to be executed on June 8 with an injection of pentobarbital.

“Mr. Atwood is not innocent — not by any stretch on the imagination — based on my review of this case,” said board chair Mina Mendez, echoing the views of other board members.

Board members made the decision after hearing from Hoskinson’s mother, Debbie Carlson, who described her daughter as smart, feisty and a lover of athletics who had a “smile that would go from ear to ear.”

Carlson said she was frustrated with the years it has taken to bring Atwood to justice and tearfully asked board members to reject Atwood’s clemency bid.

“It (the execution) will end making a mockery of our criminal justice system,” Carlson said. “It will end that black cloud that hangs over our heads.”

Authorities have said Atwood kidnapped the girl, whose remains were discovered in the desert northwest of Tucson nearly seven months after her disappearance. Experts could not determine the cause of death from the remains that were found, according to court records.

Atwood told the board that he hopes his death would give relief to Vicki’s family, but maintained that “I am sentenced to die for a crime I did not commit.”

His attorneys said no blood or hair from Hoskinson were found during a search of Atwood’s car and questioned claims by authorities that pink paint found on Atwood’s bumper matched paint from Hoskinson’s bike.

They said the evidence points to a woman as the person who carried out the crimes — and that an employee of a Tucson mall had spotted the child with the woman at a store in the mall where she worked on the day of her disappearance.

“We really don’t know with a clear certainty what happened,” said David Lane, one of Atwood's lawyers. “That’s the very definition for reasonable doubt.”

Carlson told board members that if her daughter had been abducted and taken to a mall, “she would have kicked and screamed. We talked about this.”

“There is no remorse. There is no acceptance of responsibility,” Klingerman said. “There will be no explanation for Vicki’s family. There is no innocence here.”

Meanwhile, one of Atwood’s attorneys urged the 9th U.S. Circuit Court of Appeals on Tuesday to let the defense team make new arguments to overturn his death sentence.

Atwood's legal team wants to make three new arguments: that the aggravating factor making the crime eligible for the death penalty was invalidly applied; that authorities failed to turn over evidence that might have helped Atwood’s defense; and that the recently discovered evidence supports the theory that Hoskinson was killed by a woman.

Specifically, Atwood’s lawyers say last summer they discovered an FBI memo describing an anonymous caller claiming to have seen Hoskinson in a vehicle not associated with Atwood, but which could be linked to the woman.

Laura Chiasson, an Arizona assistant attorney general, argued that Atwood’s lawyers did not meet the criteria to present new evidence in federal court.

The appeals court hasn't yet made a decision on the request.

The state’s hiatus in executions that ended with Dixon’s death has been attributed to the difficulty of securing lethal injection drugs as manufacturers refuse to supply them and problems encountered during the July 2014 execution of Joseph Wood.

Wood was given 15 doses of a two-drug combination over nearly two hours. Wood snorted repeatedly and gasped before he died. His attorney said the execution had been botched.

Arizona now has 112 prisoners on the state’s death row. ___ Associated Press writer Jonathan Cooper in Phoenix contributed to this report.