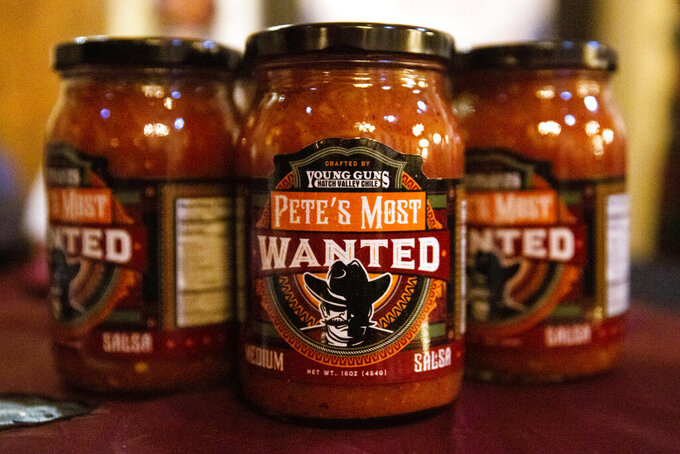 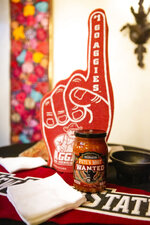 “There’s a realm of possibilities out there, and as long as it’s a good quality product, I don’t see why this thing won’t keep expanding,” NMSU athletics director Mario Moccia said in an interview.

Sales of NMSU-licensed beer, wine and whiskey are reportedly robust.

Precise data was unavailable, but non-apparel licensed products — including the alcoholic products but also its other consumable and non-consumable items such as lawn chairs and tents — totaled approximately $116,700 in the last fiscal year.

Those rankings were reported by the Collegiate Licensing Company/Learfield Licensing Partners, which licenses university-branded products, but the company declined to state which schools were top ranked in either category, NMSU spokesperson Justin Bannister said.

The department made its first venture beyond NMSU-branded sweatshirts and other apparel and gift items into consumables in 2017, with the introduction of Pistol Pete’s 1888 Ale by Bosque Brewery. At the time, NMSU was an early entrant into the marketplace of college-branded beer.

Since then, Aggie Athletics has introduced the Crimson Legacy Wine, a cabernet from the Lescombes Family Vineyards, followed by the rye whiskey produced by Dry Point Distillers.

That’s music to Moccia’s ears. As long as the licensed products deliver a consistent stream of revenue, he said it will support higher budgets for sports and benefit student athletes.

Other consumables bearing NMSU’s brand include the “A” Mountain Roast Coffee (a product of Estas Manos Coffee Roasters) and Pistol Pete’s “Smell of Victory” candle by Kreative Candle Co. There is also a line of bottled “Wobble on Water.”

The new salsa, manufactured by Young Guns Chile in Hatch, uses Hatch green chiles in its recipe and was selected by the department following a taste-test competition.

“This isn’t making millions,” he said, “but six figures, to me, is significant.”

Besides supporting athletics, Moccia said the products help connect the university with alumni through online sales and collaborations with local businesses, some of which are owned or led by graduates. The bottled water features a label designed by an alumna as well.

“The linchpin is that it has to be a good product,” he continued. “That’s why it’s been sustainable. We’re not just slapping our logo on anything. We want to make sure it’s good quality so people will want to buy it, and not just for the novelty.”

The partnerships also seem to work well for the companies that produce and package the products for market.

Lescombes Family Vineyards reported that since the Crimson Legacy wine launched in the fall of 2020, nearly 10,700 bottles have sold.

Dry Point Distillers is planning a celebration marking 10,000 sales of the bottled 6-Shooter Rye Whiskey. Founder Chris Schaefer said the whiskey is a “top moving product in my line,” sold in more than 170 locations statewide.

“This has been a big player in the pandemic/post-pandemic success of my business,” he continued, “and overall has increased the consumer visibility of my whole product line, not to mention over $35,000 in profit-sharing that has gone directly to Aggie Athletics.”