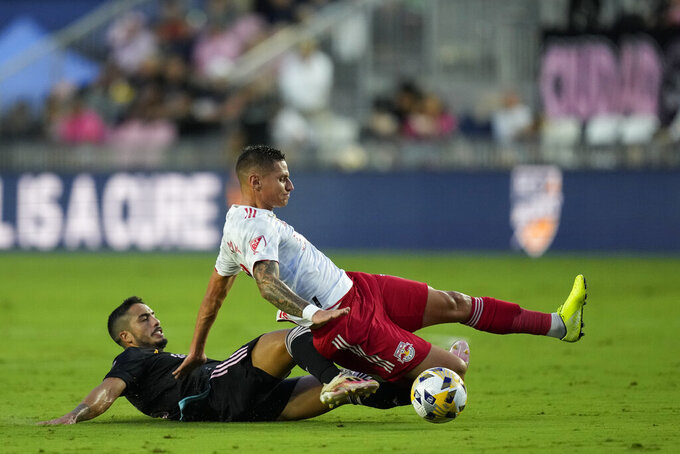 The Red Bulls (7-11-5) scored more than two goals for the first time this season while keeping their slim playoff hopes alive. They had earned just six points over their previous 10 matches (1-6-3).

Fábio scored on headers in the 65th and 89th minutes. His first goal deflected off the crossbar. He hit his second scoring shot down and into the back of the net, beating goalkeeper Nick Marsman, for his fifth goal of the season.

Patryk Klimala opened the scoring in the 18th minute, and Omir Fernandez connected in the 31st.