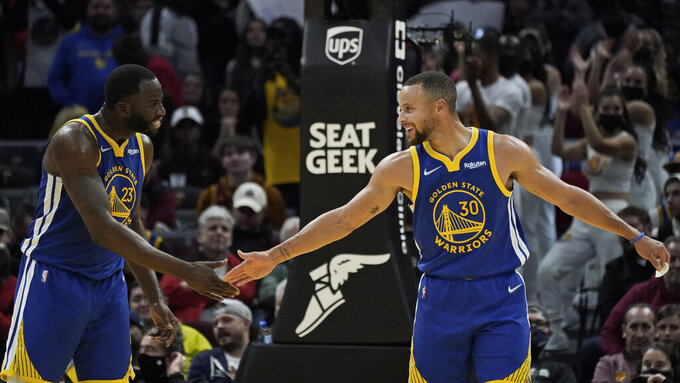 Golden State Warriors star Stephen Curry was out of the lineup against the Detroit Pistons due to a bruised hip, a night after scoring 20 of his 40 points in a fourth-quarter comeback victory at Cleveland.

The NBA-leading Warriors also were without Draymond Green on Friday night because of a bruised thigh. He had 14 assists in 29 minutes against the Cavaliers.

Golden State's Otto Porter missed the game with a foot injury, and Andre Iguodala was out for a second straight game with a sore right knee.

Playing with a bruised left hip, Curry finished 15 of 27 from the field against the Cavs and the two-time MVP increased his NBA-best scoring average to 29.5 points.

When Detroit coach Dwane Casey was asked about the Warriors sitting out, he said it should bother the Pistons.