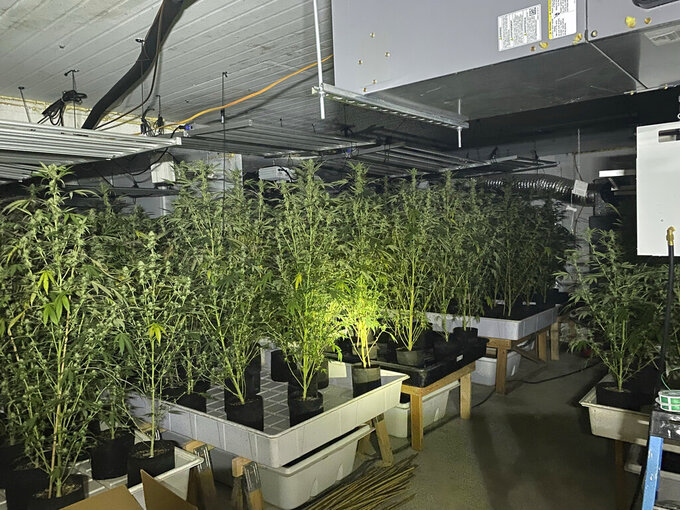 Uncredited, ASSOCIATED PRESS
This photo provided by the City of Redlands shows a building with thousands of illegal marijana plants in Redlands, Calif., Wednesday, Nov. 24, 2021. Authorities say they found thousands of marijuana plants in an illegal growing operation after one of the buildings caught fire. Two other buildings contained more than 11,000 marijuana plants along with sophisticated growing equipment and more than 80 pounds of harvested pot. Police say all of it will be destroyed. (Redlands Fire Department via AP) 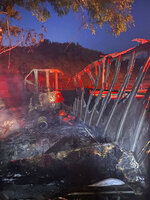 REDLANDS, Calif. (AP) — Authorities said they found more than 11,000 marijuana plants at an illegal growing operation Wednesday after one of the buildings caught fire.

The blaze was reported at about 4:30 a.m. on San Timoteo Canyon Road in Redlands, east of Los Angeles. Firefighters needed about an hour to douse the flames and they discovered the marijuana operation, police said.

The blaze apparently started in a living section of an outbuilding that was gutted and a second outbuilding was damaged, police said.

Marijuana plants were found in the second building and thousands more were in a third building that wasn't damaged, police said.

Police photos showed rows of plants in containers inside a building that appeared to have a sophisticated growing system.

Investigators seized the plants and 83 pounds (38 kilograms) of harvested product, all of which will be destroyed, police said.

A dog found at the site had minor burns and was turned over to animal control officers, police said.