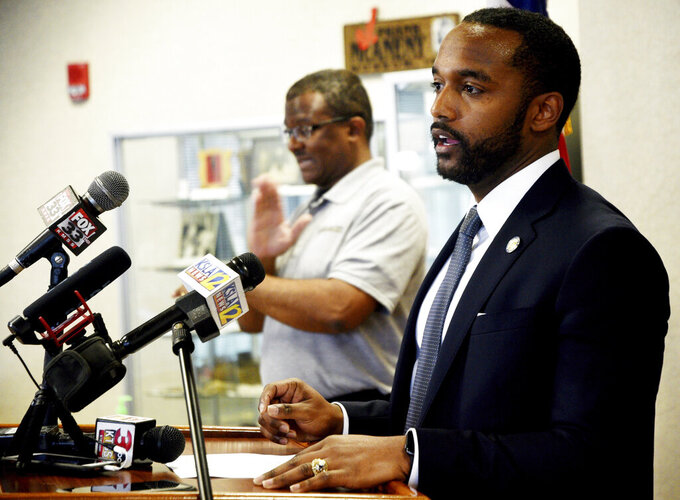 SHREVEPORT, La. (AP) — The mayor of Shreveport cannot run for reelection because he signed up for this fall's elections using the wrong address, a Louisiana appeals court ruled Monday.

The 2nd Circuit Court of Appeals agreed with a state district judge who ruled last week that Mayor Adrian Perkins cannot be on the Nov. 8 ballot. The ruling came in a lawsuit that said Perkins, who was elected mayor in 2018, is disqualified because when he signed up, he did not use the address of a residence he bought in 2019, where he now claims a homestead tax exemption.

Perkins used another address for a property he owns in a different part of the city.

Perkins, who ran unsuccessfully for U.S. Senate in 2020, is expected to take the case to the state Supreme Court.

When asked in court last week if he read the guidelines regarding the address issue, Perkins said he had been in a rush to sign up for the race and was distracted by news cameras.

The appeals court rejected arguments that Perkins should be allowed to run because both his residences are in Shreveport, and that he made a mistake on the qualifying papers that was not legally significant.

“Thus, the fact that both of Perkins’s residences at issue are located within the City of Shreveport does not by itself warrant qualification for candidacy for the office of Mayor where the candidate made false certifications on his Notice of Candidacy," the ruling said.