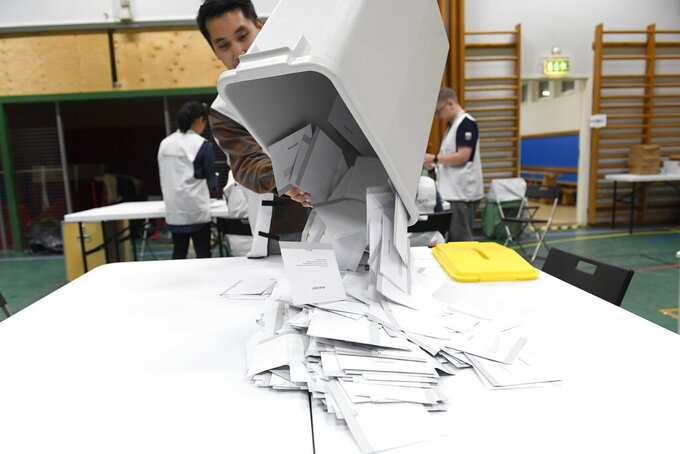 STOCKHOLM (AP) — A right-wing populist party that received the second-most votes in Sweden’s general election last month landed the chairmanships of four parliamentary committees Saturday and with it, the ability to wield more influence in mainstream Swedish politics.

The positions to be held by lawmakers from the Sweden Democrats include chairing the Riksdag's justice, foreign affair, business affairs and labor market committees.

“It is important for us, a milestone in the party’s history,” legislator Richard Jomshof, a Sweden Democrat who was tapped to be the next chairman of the justice committee, told Swedish public broadcaster SVT. “It is an expression of the fact that we are Sweden’s second largest party.”

In addition to the four chairperson posts, the party was allowed to name the vice-chairs of parliament's civil affairs, traffic, defense and tax committees.

Sweden Democrats, a nationalist and anti-immigration party with roots in the neo-Nazi movement, is part of right-wing bloc that won a narrow majority in the Riksdag in the Sept. 11 election.

Decisions on the posts were announced Friday in a joint statement from the four center-right parties that are in talks to form a coalition government. Sweden Democrats, which is one of the four, announced its nominees Saturday.

Ulf Kristersson, the leader of the center-right Moderates, the party that placed third, has been tasked with forming a government that is likely to have the Sweden Democrats as part of a governing coalition or at least the party's support in securing a majority in parliament.

Kristersson has until Oct. 12 to present results of his talks with parties to Parliament speaker Andreas Norlen.