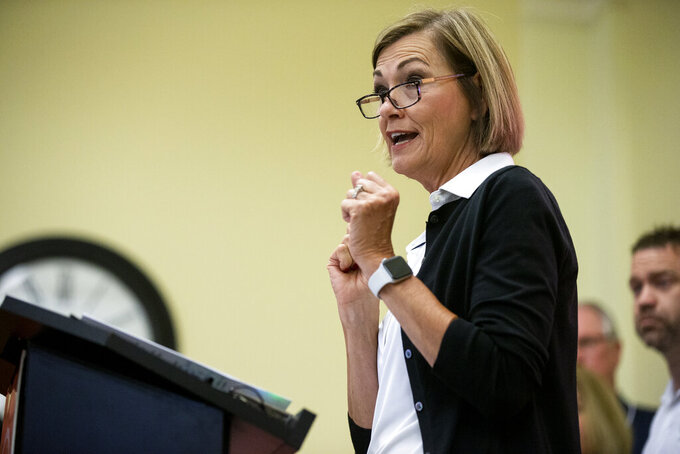 It also eliminates state funding to cities, counties and schools intended to restore lost money from a previous commercial property tax cut lawmakers approved in 2013. Some city officials have complained that the state reneging on that promise will cut hundreds of thousands of dollars from their local budgets and could result in future property tax increases to sustain services to citizens.

While Iowa is one of the last states to pay mental health care services from property taxes, some critics said they fear the state could cut funding in the future if it runs into a drop in tax revenue.

She added that she plans on proposing next year additional income tax cuts.