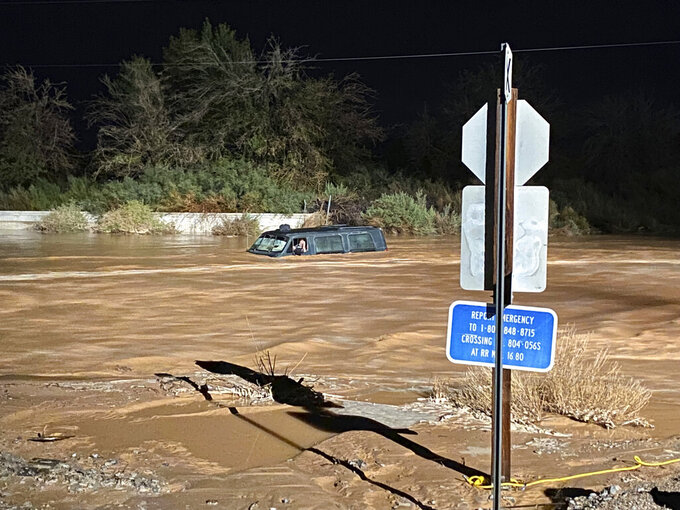 LAS VEGAS (AP) — Authorities in Southern Nevada say at least three people were rescued from vehicles stranded in flash flooding after thunderstorms spawned by moisture from a Pacific tropical system brought intense rain to a desert area outside Las Vegas.

But downpours of more than 2 inches (5.1 centimeters) within three hours sent torrents of water down normally dry washes and across roads in Moapa Valley and around Valley of Fire State Park, including U.S. 95 near the Clark and Lincoln county lines.

The Moapa Valley Fire District and Las Vegas police reported that firefighters reached a big rig truck driver and a police helicopter hoisted two people from a van after their vehicles became disabled in flooding in the Overton area after midnight. No injuries were reported.

Adair characterized the storm as “the tail end of the monsoon season.”