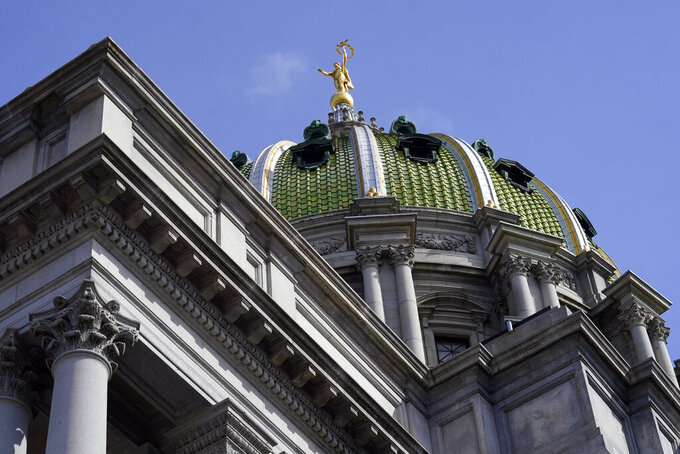 HARRISBURG, Pa. (AP) — Most Pennsylvania lawmakers were absent from the state Capitol on Tuesday, five days into the new budget year without a state government spending agreement in place.

Leaders were hoping negotiations would wrap up over the coming days and the House announced voting sessions were scheduled through Friday.

Thursday “might be a strong possibility for a lot of budget action,” a spokesperson for the majority Republicans in the state Senate told reporters in a Tuesday morning email update. Erica Clayton Wright, press secretary for Majority Leader Kim Ward, R-Westmoreland, said that could change “based on discussions and staff preparations."

The state House, whose schedule is also controlled by majority Republicans, planned to return to session Wednesday afternoon and also posted public notice of floor sessions to start Thursday and Friday mornings. Senators also will return to the Capitol on Wednesday evening.

Clayton Wright said “'steady progress' has been made and there are no new items to report on directly.”

“There's still some issues that need to be ironed out," Costa said Tuesday afternoon. “It may take a little bit of time to do that.”

Discussions about what is expected to be a roughly $42 billion spending plan have centered on a proposal for additional outlays for public schools that is backed by Democratic Gov. Tom Wolf.

Wolf's press secretary, Beth Rementer, said Tuesday that “conversations are going in the right direction” and that they expected a “final product” this week.

House Republican spokesperson Jason Gottesman characterized budget talks over the weekend as having been positive and that his caucus was optimistic they will make “final votes here in short order.”

Among possible features of a deal could be a cut in the state's 10% tax on corporate income along with more money for nursing homes, county-administered mental health counseling programs, child care subsidies and property tax or rent subsidies for the elderly and disabled.

Negotiators are also focusing on Wolf's new charter school regulations, limits on third-party funding to help counties pay to run elections and state money for the University of Pittsburgh, which some anti-abortion lawmakers want to use as leverage to stop the institution's federally funded fetal tissue research.

Lawmakers' inability to pass a budget may eventually halt some state payments, although that sort of fallout likely will take several weeks to affect government services.

But at some point the Wolf administration could have to postpone payments to utilities, insurers, suppliers and landlords, and delay expenditures on such discretionary items as tax credits and grants.