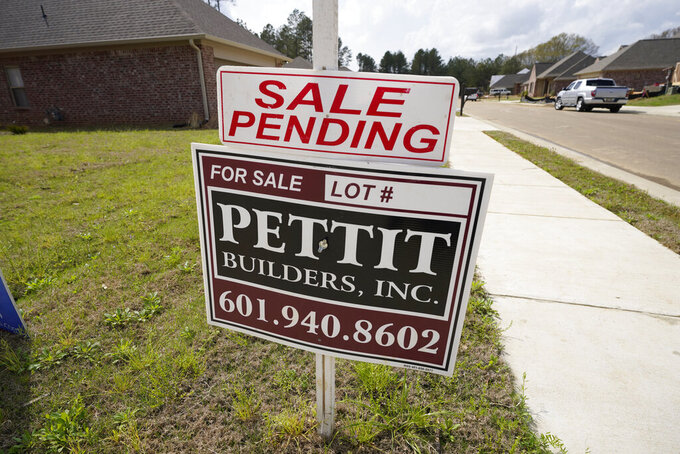 Mortgage buyer Freddie Mac reported Thursday that the average rate on the 30-year fixed-rate home loan rose to 3.17% from 3.09% the previous week. One year ago, the benchmark rate stood at 3.5%.

The average rate on 15-year fixed-rate loans, popular among those seeking to refinance their mortgages, increased to 2.45% from 2.40% last week. It was 2.92% a year ago.

Economists have expected modest increases in home-loan rates this year, though they likely will remain low while the Federal Reserve keeps interest rates near zero until the economy recovers from the coronavirus pandemic.

Record-low lending rates have prodded buyers into the housing market, which has been one of the strengths of the U.S. economy. But a shortage in the supply of homes remains a problem and has pushed prices higher.

Also Thursday, the government reported that the number of people seeking unemployment benefits fell sharply last week to 684,000, the fewest since the pandemic erupted a year ago and a sign that the economy is improving. It is the first time that weekly applications for jobless aid have fallen below 700,000 since mid-March of last year.