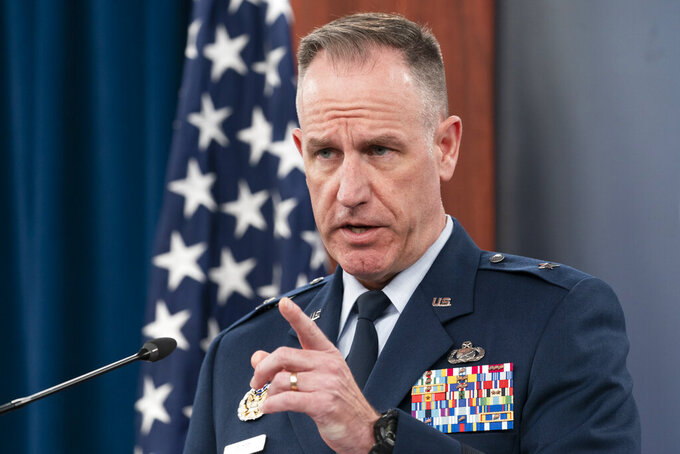 WASHINGTON (AP) — The Pentagon will deliver the first two advanced NASAMS anti-aircraft systems to Ukraine in the next two months, providing Kyiv with a weapon that it has pressed for since earlier this year.

Air Force Brig. Gen. Pat Ryder told Pentagon reporters on Tuesday that six more of the Norwegian-developed weapons will be delivered in the future, as much as a year or two from now. Recent reports that some of the U.S.-provided NASAMS were already in Ukraine were not correct.

The NASAMS will provide medium- to long-range defense against Russian missile attacks. Their impending delivery comes as Russia tries to rebound from recent combat losses and politically solidify gains by holding referendums in four occupied regions in the south and east.

The Kremlin-orchestrated referendums, which have been dismissed as illegitimate by the U.S. and its Western allies, are expected to be used as a pretext for Moscow to annex those regions.

Ryder said the U.S. has seen no major shifts in Russian forces aimed at bolstering or protecting the four areas, even as Moscow mobilizes more than a quarter million reservists to fight in Ukraine. He said the U.S. continues to see Russian troops trying to conduct offensive operations, but that Ukrainian forces are “successfully holding on.”

Ryder also said that despite the ongoing threats from Russian leaders to use nuclear weapons to defend Russian territory — including the newly claimed areas — the U.S. has seen nothing that “would cause us to adjust our own nuclear posture at this time.”

On funding, Ryder said that nearly $2.3 billion allocated to provide weapons and equipment to Ukraine will expire at the end of the fiscal year on Friday. That money is authorized by Congress to pay for equipment taken off Pentagon shelves and sent quickly to Ukraine.

“I would highlight that it’s not the end of the fiscal year yet,” Ryder said. “So there’s still time potentially to employ that authorization.” He also noted that Congress is moving to approve additional funding for the next fiscal year, which also could be used.

In other comments, Ryder said the U.S. now does confirm that Russia is using Iranian drones both for combat attacks and intelligence-gathering, and that reports that some have been shot down by Ukraine are “credible.” He declined to provide numbers.