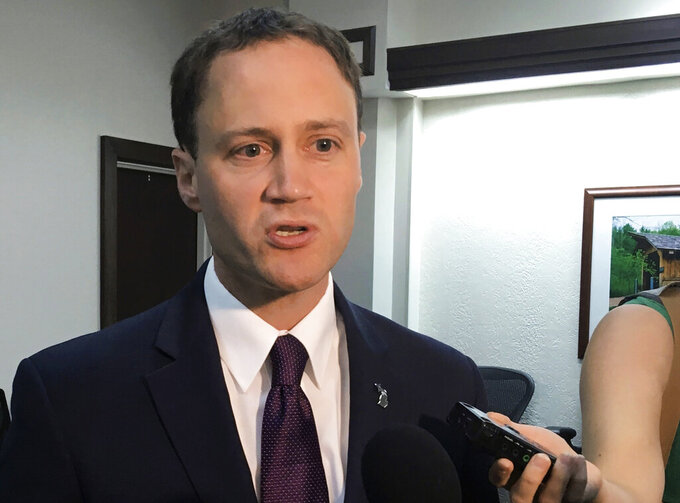 Leonard, a DeWitt lawyer, is the third candidate to enter the GOP field. Republicans will endorse and later formally choose their nominee at conventions next year.

Leonard's announcement coincided with the start of the biennial, three-day Mackinac Republican Leadership Conference on Mackinac Island. It came about a week after former President Donald Trump endorsed attorney Matthew DePerno, who filed a lawsuit falsely claiming election fraud in Antrim County and has criticized GOP lawmakers for not pursuing additional audits in the state, which Trump lost.

“I’ve served alongside law enforcement. I’ve worked with crime victims and their families. I know what it takes to get the job done and keep people safe," Leonard said in a statement in which he accused Nessel of not defending police and using the office for “political activism.”

Leonard, whom Trump nominated in 2019 to be U.S. attorney for the Western District of Michigan, was never confirmed due to objections from Michigan's two Democratic senators.

He lost to Nessel by 2.8 percentage points but fared better than other top-of-the-ticket Republicans. The former House speaker has remained active in GOP politics since leaving at the end of 2018 due to term limits, serving as the state party's finance chair.

In response to the announcement, Nessel's reelection campaign touted her work such as expanding the consumer protection division, securing more than $800 million from the drug industry for the deadly opioid crisis and suing the makers of “forever chemicals” known as PFAS. Nessel tweeted that Leonard spent Thursday “hobnobbing with billionaires he's work so hard to represent throughout his career” while she was in Detroit setting up an event where people who cannot afford a lawyer can get help clearing their criminal records.