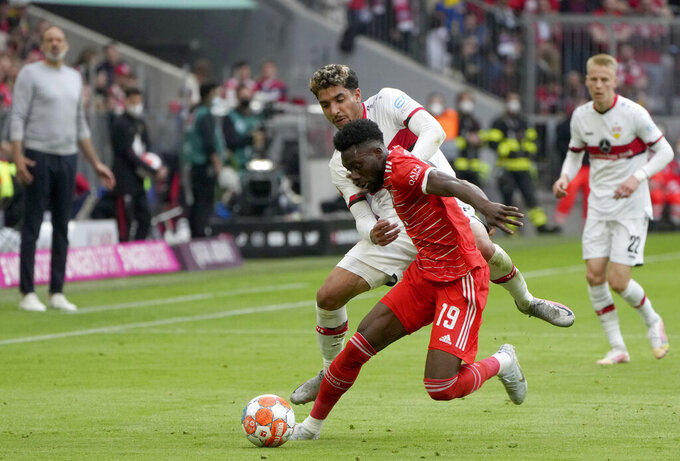 The Canada Soccer Association issued a short statement announcing the cancellation but did not include an explanation.

Ukraine International Airlines Flight 752 was shot down on Jan. 8, 2020, minutes after taking off from Tehran by an Iranian surface-to-air missile. The Canadian government says 55 Canadian citizens and 30 permanent residents were among the 176 people killed.

Canada Soccer announced the match on May 12, part of preparations for the nation's first World Cup appearance since 1986.

“This was a choice by Soccer Canada,” Trudeau said five days later. “I think it wasn’t a very good idea to invite the Iranian soccer team here to Canada. But that’s something that the organizers are going to have to explain.”

Ralph Goodale, Canada’s high commissioner to the United Kingdom, tweeted Wednesday: “This behavior by Canada Soccer is repugnant. It calls into question both the competence and the values of the organization."

Canada plays Curaçao at Vancouver on June 9 and is at Honduras on June 13, both in the CONCACAF Nations League. No. 38 Canada opens the World Cup Group F in Qatar against second-ranked Belgium on Nov. 23, plays No. 16 Croatia four days later and No. 24 Morocco on Dec. 1.

No 21 Iran starts Group B against fifth-ranked England on Nov. 21, meets Wales, Scotland or Ukraine four days later and closes the first round against the 15th-ranked United States on Nov. 29.