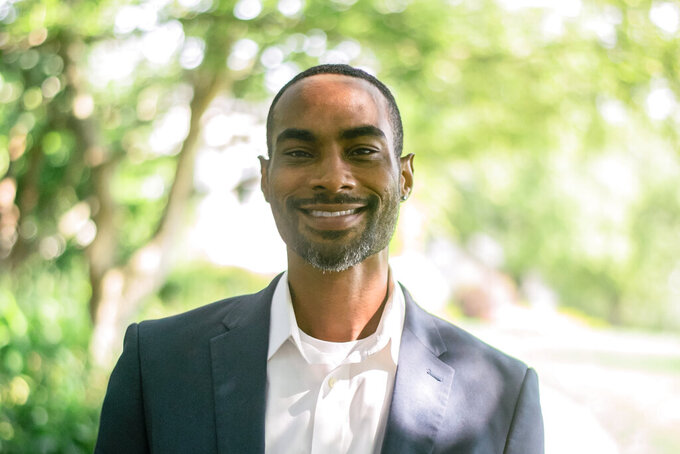 While Miller appeared at an event with Democrat Lacy Watson in Beckley in April during the primary election, Watson said Miller was a no-show at forums in several counties during the general election campaign.

“I am running to represent working families and individuals in the 1st District,” Watson said in a telephone interview. “I believe that my counterpart, Carol Miller, is not doing that.

"She just dodged me on every single event.”

Miller said she took her message straight to the people.

“My focus as an elected representative is to hear from my constituents, and to do so where they are,” she said. “I’m proud to have hosted or joined over 100 events in just the last 90 days, speaking to business owners, students, parents, seniors, and so many people across our district, state, and country.”

Miller is seeking her third term in the U.S. House next Tuesday. She easily won her two previous terms in a state that overwhelmingly supported former President Donald Trump. Miller received 66% of the vote in defeating three GOP challengers in the May 10 primary.

A Bluefield resident, Watson ran unopposed in the May primary. He narrowly lost the 2020 Democratic primary race in the former 3rd District to Hilary Turner, who in turn lost to Miller. Watson, 45, is seeking to become the first African American to serve in Congress from West Virginia. He is pursuing a Ph.D. in planning, governance and globalization at Virginia Tech.

Miller, who turns 72 on Friday, is a bison farmer and a small business owner. Her father is the late U.S. Rep. Samuel Devine of Ohio. She served six terms in the West Virginia House of Delegates. Since becoming the third woman from West Virginia elected to Congress in 2018, Miller has kept a lower profile compared to some of her more outspoken colleagues.

While Miller’s office social media accounts keep voters apprised with news releases and photos from official visits, her campaign Twitter page has been silent since the May 10 primary. Her campaign Facebook page publicized a Pumpkin Festival parade in Milton and an Independence Day parade in Ripley.

“She’s either saying, hey, West Virginia’s already written off as solidly red, therefore I don’t have to campaign at all because we’re just going to be a red state," Watson said. “Or she says Lacy has no chance, he’s none of my competition like Hilary was two years ago, and I’m just going to do what I want to."

Miller declined requests for a phone interview, responding only to questions in writing. Her campaign cited her busy office travel and her work leading the National Republican Congressional Committee's recruitment efforts.

As a member of the Republican minority, Miller has spent much of her time playing defense during her time in Congress, consistently voting against initiatives pushed by Democratic House Speaker Nancy Pelosi and her allies. Miller voted against Democrats’ flagship climate and health care bill in August, saying the so-called Inflation Reduction Act did nothing to lower inflation or provide financial relief for West Virginia families. But the measure signed by President Joe Biden also spares millions of U.S. residents who buy health care plans through federal and state marketplaces from higher costs next year.

Miller sided with her House GOP colleagues in voting against a $35 cap on insulin and against a proposal to crack down on alleged price gouging by oil companies and other energy producers amid prices at the pump.

She also voted against a bill to overhaul the rules for certifying the results of a presidential election in response to the Jan. 6 insurrection. Miller, a staunch Trump supporter, objected to certifying Biden's wins over Trump in Arizona and Pennsylvania.

When asked whether she would support a federal abortion ban in light of the U.S. Supreme Court decision in June to remove women’s constitutional protections for abortion, Miller said that a bill recently signed by West Virginia's governor banning abortion on all stages of pregnancy “is a model for every state and our nation. I would hope to see that policy adopted nationwide and would support legislative efforts to enact the West Virginia standard everywhere.”

The White House responded to Kelly on Twitter by naming some GOP lawmakers who had their own Paycheck Protection Program loans forgiven during the coronavirus pandemic.

According to the Center for American Progress think tank, Miller and 12 other GOP members of Congress had their loans forgiven. Miller’s $3.1 million amount was the highest. At least five car dealerships owned by Miller’s husband received loans under the program created during the Trump administration, according to federal government data.

Miller and Watson also face opposition from independent candidate Belinda Fox-Spencer of Peterstown. She is a sonographer specializing in women's health and calls herself a constitutional conservative. Fox-Spencer also lost in the 2020 general election in the former 3rd District.

Fox-Spencer said in an email that she doesn't consider herself a politician, just someone who wants to help people without having a title or the spotlight — “kinda like a Marvel superhero.” She especially wants solutions for a younger generation that has “little to no hope.”