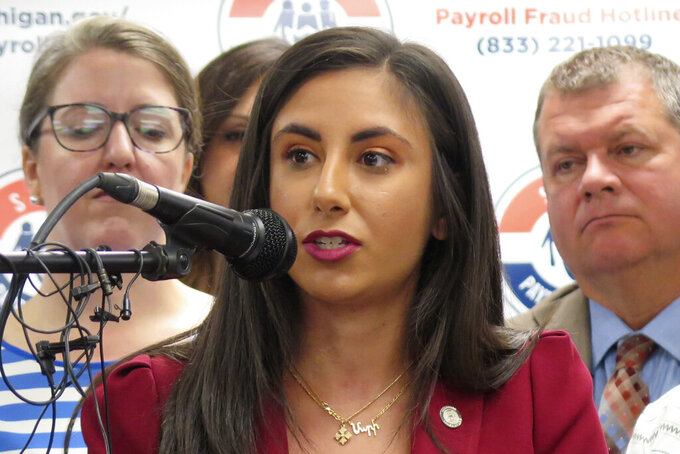 LANSING, Mich. (AP) — Prosecutors will not charge a Detroit-area lawmaker after an investigation into allegations from a fellow lawmaker who said he sent her threatening text messages following their breakup.

The prosecutor’s office did not immediately disclose its reasons for denying prosecution, The Detroit News reported.

The case is considered closed until or unless additional information or evidence is submitted, Hughes said.

Michigan State Police began investigating allegations against Marino earlier this month after Birmingham Democratic Rep. Mari Manoogian told House leadership that the 31-year-old Harrison Township Republican had sent her threatening texts. Marino was removed from his committee assignments, and the incident was reported to state police.

Manoogian, 29, obtained a personal protection order against Marino shortly after reporting the incident to state police. Marino has not been on the House floor since and now needs an escort if he wishes to enter the House floor or the House Office Building.

Marino has said the allegations against him amount to “character assassination.”