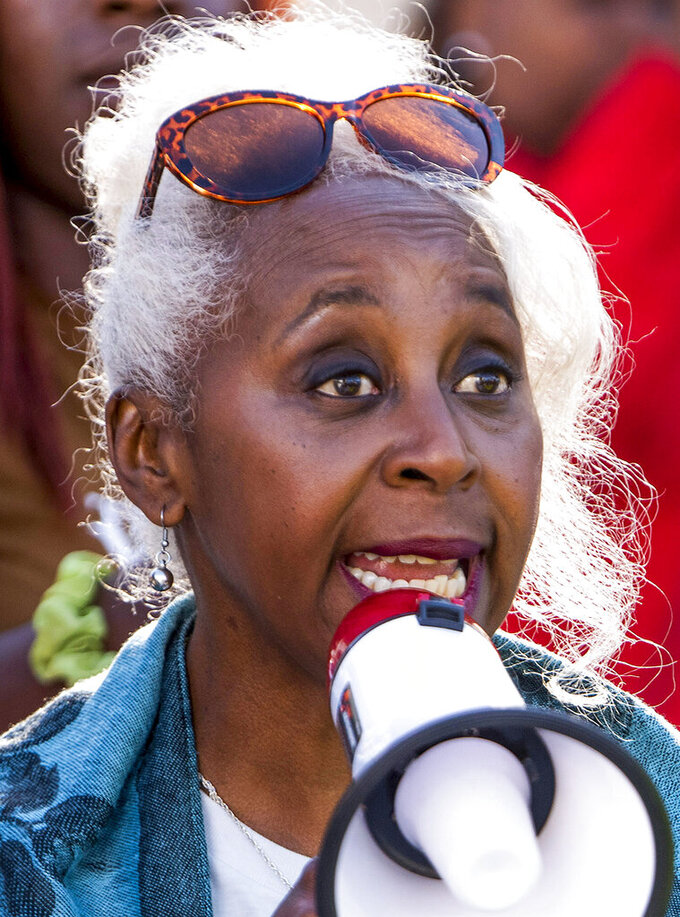 BIRMINGHAM, Ala. (AP) — Alabama Gov. Kay Ivey easily won a second full term Tuesday against Democrat Yolanda Flowers, the first Black woman to win a major party’s gubernatorial nomination in the state, after surviving both a health scare and multiple Republican challengers in the primary.

Smiling broadly and wearing a bright red jacket, Ivey took the stage before a huge American flag and waved to cheering supporters at a campaign celebration held at a restaurant in Montgomery.

While Flowers’ candidacy was an interesting historical footnote, it posed no real threat to the GOP’s control of all three branches of government in a majority white, conservative state where voting patterns typically break down by skin color. Flowers closed her campaign with days of fasting and a lengthy prayer shown on Facebook.

Ivey, who turned 78 in October, avoided a runoff in the spring despite facing a slate that included eight Republican challengers who forced her to the right. Ivey repeated former President Donald Trump’s lies about election theft and aired a campaign commercial in which she pulled a pistol out of her purse.

Following the primary, Ivey — who was diagnosed with early-stage lung cancer in 2019 and later said the disease was gone — was faced with questions about her health after she disappeared from public view for almost three weeks during the summer. She refused to say whether she underwent any medical treatment.

While Ivey’s absence made headlines, any doubts or concerns about her health didn't have any effect on her chances of victory. At her party, a jubilant Ivey thanked voters.

"Folks, there’s no doubt that the best is yet to come because we all know there’s no step too high for a high stepper,” said Ivey, repeating a campaign mantra.

Republicans will retain control of all statewide offices after GOP nominees for positions including attorney general and secretary of state swept nine races against Democratic or Libertarian challengers.

Voters also favored a constitutional recompilation to remove racist language and outdated provisions from the state’s 1901 Constitution, which ensured decades of white supremacist rule. Nine other statewide amendments were approved, including one to tighten bond restrictions for people charged with felonies, and another was headed toward approval.

In her re-election bid, Ivey mostly ignored her opponents and instead touted the state’s low unemployment rate and opposition to the policies of Democratic President Joe Biden. She had a campaign bank balance of more than $200,000 at the end of September compared to just $546 for Flowers, records showed.

Ivey first became governor in April 2017, when she was elevated from the office of lieutenant governor following the resignation of Robert Bentley, who quit in a plea agreement following a scandal over his relationship with a female staffer. Ivey defeated an experienced, well-known Democratic challenger, Tuscaloosa Mayor Walt Maddox, by 20 percentage points in 2018 to claim her first full term.