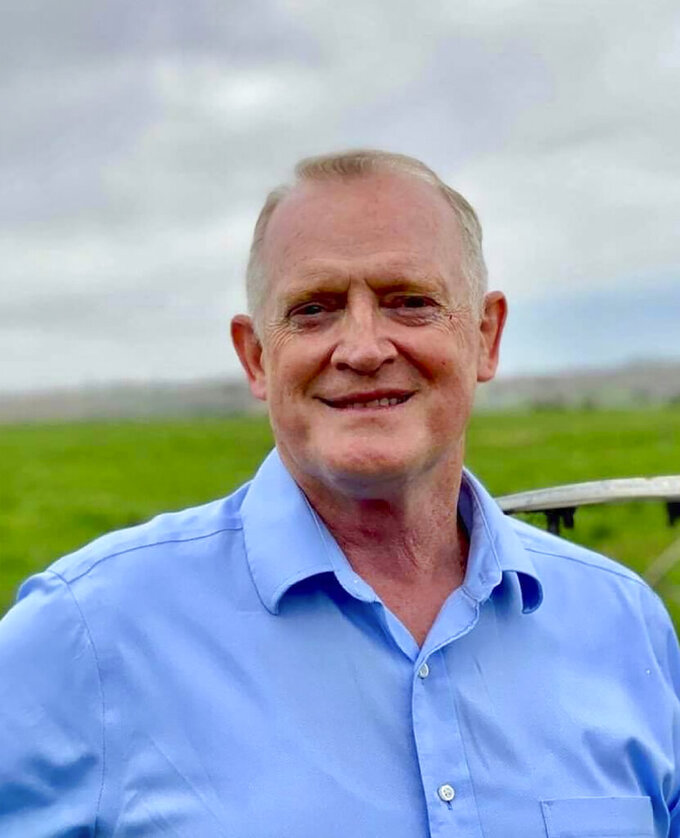 The 68-year-old Republican governor who shepherded the state through the COVID-19 pandemic easily turned aside challenges from Democratic candidate Stephen Heidt and Independent candidate and antigovernment activist Ammon Bundy in the deeply conservative state.

“To me, the election results today translate into giving us a mandate to keep our state on the path of incredible and unprecedented success,” Little said during a victory speech at an Idaho Republican Party gathering. “To continue to show Washington D.C. and the rest of the country how to do things right.”

Little irritated some members of his own party with a temporary emergency shutdown in 2020 to slow the spread of the pandemic in Idaho and reduce deaths, and allowed local jurisdictions to decide on mask mandates.

But the pandemic has been followed in Idaho by a rebound to pre-pandemic low levels of unemployment and record surpluses that have resulted in massive tax cuts.

Little ignored Heidt and Bundy leading up to the election, declining to debate. He instead focused his attacks on President Joe Biden and made border security and inflation a priority. He also touted the record tax cuts, red tape reduction measures and big boosts in education spending.

Heidt’s campaign was notable for a low-key effort with little spending for a major-party candidate, raising only a small fraction of what Little drew in donations. Heidt said he wanted to decriminalize cannabis

Bundy started out vying in the Republican primary but switched over to Independent before the May primary election. He is well-known for participating in armed standoffs with law enforcement, notably at the Malheur National Wildlife Refuge in Oregon in 2016, which left one man dead, and on federal land near his family’s ranch in Nevada in 2014.

Bundy has also been convicted twice of trespassing at the Idaho Statehouse, and for a time was banned from the building. He has said he would rely heavily on executive orders to govern.

Little also declined to debate in the Republican gubernatorial primary. He went on to crush Trump-endorsed Lt. Gov. Janice McGeachin, a far-right candidate who had been campaigning for Little’s job nearly her entire term. As acting governor, she grabbed headlines by issuing executive orders banning mask and vaccine mandates statewide that Little rescinded on his return.

Check out https://apnews.com/hub/explaining-the-elections to learn more about the issues and factors at play in the 2022 midterm elections